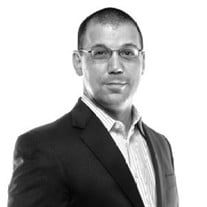 Dr. Todd Philip Ginestra 47, passed away July 16, 2014 in Crystal River, Florida. He was born in Rockford, Illinois and moved to the Lady Lake area in 2011 from Fredericksburg, Virginia. He was a graduate of Boylan High School in Rockford, Illinois and he received his medical degree in 1992 from the University of Illinois and he was a Plastic Surgeon practicing most recently with the Mesos Plastic Surgery and Laser Center in Lady Lake, Florida. He also proudly served as a Major in the U. S. Army Reserves as a Plastic Surgeon and was elevated to an “active duty” status and served in Iraq. When asked about Todd those close to him use words like brilliant, kind, helpful, caring, articulate, analytical, precise, and that “he was a man of his own mind” to describe his personality. His son Blake states that he was the “Best Father you could ever ask for.” He was happiest when he was spending quality time with his wife Ginger, son Blake and their golden retriever (Maggie) . He truly loved being a doctor and loved caring for his patients. Todd was known as a phenomenal cook who enjoyed making “Sunday Frittatas” among many other dishes for his family and guests, but most of all those closest to him will recollect that he was a loving husband, son, brother and a caring and nurturing father to his son Blake. He was pre-deceased by his mother Marilyn in 1999 and by his sister Mindy Trotter in 2013. He is survived by his wife of 12 years Ginger; his father – Philip (Marion) Ginestra of Rockford, IL; his son whom he adored – Blake; brothers – John (Krista) Ginestra of St. Louis, Missouri; and Jay Ginestra of Rockford, IL; Brother-in-law Mark Trotter and many Aunts, Uncles, Nieces and Nephews. A memorial service celebrating his life will be held 10:00 AM Monday, July 21, 2014 at the Heritage Community Church - 509 West Berckman Street, Fruitland Park, Florida with the Rev. Sidney Brock serving as Officiant. The family requests that in lieu of flowers memorial contributions be made to: The Boys and Girls Club of Lake and Sumter Counties – P. O. Box 896179, Leesburg, FL 34789.

Dr. Todd Philip Ginestra 47, passed away July 16, 2014 in Crystal River, Florida. He was born in Rockford, Illinois and moved to the Lady Lake area in 2011 from Fredericksburg, Virginia. He was a graduate of Boylan High School in Rockford,... View Obituary & Service Information

The family of Dr. Todd Philip Ginestra created this Life Tributes page to make it easy to share your memories.

Send flowers to the Ginestra family.