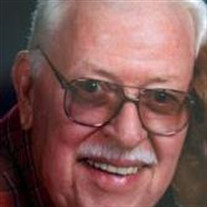 Thomas Daniel Morgan age 87 passed away Thursday, March 16, 2017 in Leesburg, Florida. Thomas was born in Kingston, Pennsylvania and moved to the Leesburg, Florida area in 1993 from Sherrill, New York. He received his under graduate degree from Wilkes College, Wilkes-Barre, Pennsylvania, his master’s degree from Columbia University, New York and his Doctorate in Education from New York University, Buffalo, New York. Tom had a love for teaching and his career spanned 38 years from his days as an English teacher in Rye Neck, New York to an Assistant Dean position at the University of Connecticut and director of the on campus E. O. Smith High School, concluding at V. V. S. High School in Verona, New York where he spent 15 years as Principal. Tom was a former member of the Pennsylvania National Guard and he was a gifted athlete during his high school years. He was a lifelong sports enthusiast with a particular fondness for the Cardinals and the Miami Dolphins. Later in life when he retired to Florida he became an avid golfer. Tom and his wife Ann loved to travel and through the years took many cruises and thoroughly explored Florida. He also had a love of music and was former member of a Barbershop Quartet and served as Church Pipe Organist for many years. He leaves behind his loving wife of 62 years Ann; Cousins Dilys (Melvin) Henninger of East Winsor, NJ; David (Meg) Henninger; Lisa (Tim) Rutkowski and Children; Phylis Vivian and Children; Nancy (Ned) Pugh; and Roberta Chase and Children, and many friends. At Tom’s direction a simple service is planned at Hillcrest Memorial Gardens in Leesburg, Florida 11:00 A. M. – Friday, March 24, 2017. The family suggests that in lieu of flowers memorial contributions be made to: The Principal’s Award at V. V. S. High School, 5275 State Route 31, Verona, NY 13478, OR Morrison United Methodist Church, 1005 West Main Street, Leesburg, Florida 34748.

Thomas Daniel Morgan age 87 passed away Thursday, March 16, 2017 in Leesburg, Florida. Thomas was born in Kingston, Pennsylvania and moved to the Leesburg, Florida area in 1993 from Sherrill, New York. He received his under graduate degree... View Obituary & Service Information

The family of Thomas Daniel Morgan created this Life Tributes page to make it easy to share your memories.

Send flowers to the Morgan family.