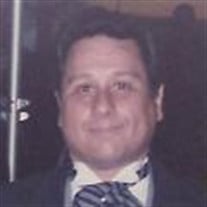 Dr. Samuel Herbert Rosalsky, DMD, 79, died peacefully at home March 18, 2020, surrounded by his family. Sam was born to Helen and Henry Rosalsky in 1940 in New Brunswick, New Jersey. Sam is survived by his wife, Linda Corcoran Rosalsky, his four children, David Michael Rosalsky, Mara Beth Rosalsky, Rachel Esther Shulman, and Jennifer Anne Rosalsky Koch, and his five grandchildren. Sam graduated from Highland Park High School, class of 1957, Rutgers College, class of 1961, and University of Pennsylvania School of Dental Medicine, class of 1965. Sam proudly supported and rode with the Freedom Riders in support of their civil rights movement. After serving in the U.S. Army Dental Corps., Sam started a dental practice in Newark, New Jersey. Sam’s practice survived the Newark riots of 1967 with the help of the community that he served. Most of Sam’s dental career was spent at his practice in Berkeley Heights, New Jersey, until he retired at the age of 73. Sam worked as a dentist to support his real career and love, the musical arts. When Sam was not telling jokes, or caring for his patients, Sam was on stage in character. Sam was a member of the New York Choral Society, Rutgers Glee Club, Rutgers University Choir, KC Productions, Village Voices, Brothers In Song, and numerous other theatrical groups. In 2013, Sam and Linda moved to The Villages, Florida to focus on their love of the arts. The burial will be on March 22, 2020 at Mount Lebanon Cemetery, located in Iselin, New Jersey at 12:30 p.m. The celebrations of his life will be held at later dates. In lieu of flowers, donations may be made in Samuel Rosalsky’s memory to the Adult Polyglucosan Body Disease Research Foundation by going to www.APBDRF.org and clicking the green donate button on the top of the page.

The family of Dr. Samuel H. Rosalsky DMD created this Life Tributes page to make it easy to share your memories.

Send flowers to the Rosalsky family.