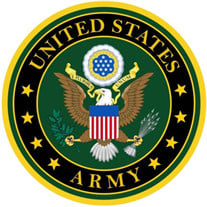 Richard Carson Lane, 94, of Floral City, FL after a long and productive life, peacefully and finally shuffled off this moral coil to meet his Maker and to be rejoined with his beloved wife, Doris, on Saturday, January 9, 2022. Richard was born on June 27, 19277 to Roy and Mary Lane in the quiet, southeast Florida town of Lake Worth. After graduating from high school, Richard served in the U.S. Navy during World War II. Upon his honorable discharge, Richard attended Middle Tennessee State College, Murfreesboro, TN for a year before transferring to Southern College of Optometry in Memphis, from which he graduated in 1950 as a doctor of Optometry. After 20 years serving the optometric needs of the citizens of Pahokee, FL, Dr. Lane sold his practice to serve the youth of Palm Beach County as a Career Counselor in the county school system. Upon retirement, Richard and his loving wife, Doris, who also had served in the Palm Beach County System for 30 years, moved to North Carolina, where they relaxed in retirement for many years before returning to Florida to live out their years near family. Richard and Doris served the Lord as active members at the Pahokee Untied Methodist Church and, later, at the Fairfield Mountains Chapel. When they were able, they attended the Floral City United Methodist Church. Dr. Richard Carson Lane was preceded in death by his wife, Doris, and granddaughter, Angela Lane Kerr of Floral City, FL. He is survived by a daughter, Linda Lane Cappar (husband, Joseph) of Holly Ridge, NC, a son, Steven Lane (wife, Judy) of Floral City, FL, four grandchildren, ten great-grandchildren and two great-great-grandchildren. A memorial service for both Richard and Doris will be held on a future date at the family cemetery in Murfreesboro, TN.

Richard Carson Lane, 94, of Floral City, FL after a long and productive life, peacefully and finally shuffled off this moral coil to meet his Maker and to be rejoined with his beloved wife, Doris, on Saturday, January 9, 2022. Richard was born... View Obituary & Service Information

The family of Richard Carson Lane created this Life Tributes page to make it easy to share your memories.

Send flowers to the Lane family.