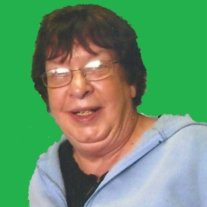 Peggy Arlene Schaefer, 70, of Leesburg, Florida passed away on May 10th. She was the firstborn daughter of Helen and Harold Mastenbrook, and grew up along the Michigan lakeshore in Grand Haven. In high school she was a majorette in the Buccaneer Marching band, often spending summers training at Interlochen Music Camp in Northern Michigan. A proud graduate of Michigan State University, Peggy earned a BS in Education and began her teaching career in Spring Lake Michigan in 1966, moving on to an inner-city Detroit preschool in 1968. She was an avid MSU football and basketball fan and would often return to East Lansing to cheer on her Spartans. Peggy was a 30-year resident of Catawba Island and Port Clinton, Ohio where she and her husband Patrick raised their daughters and actively participated in the community. Peggy dedicated her time between family pursuits and the Port Clinton School System, where she substitute taught and also participated in the yearly Kindergarten Round Up. She enjoyed sharing the beauty of Lake Erie and the surrounding islands with visiting family and friends. She and Pat bought a local restaurant which they ran together for 12 years. In 2011 they retired to central Florida, where Peggy greatly enjoyed exploring the small towns and waterways of Lake County. Ever steadfast and supportive, Peggy was a strong woman and passed peacefully amongst loved ones. In addition to her 93-year old mother and her husband of 47 years, Peggy is survived by her daughters Kelly Kerr and husband Tim Sr., of St. Louis Missouri; Caroline "Lina" George and husband Sebastian of Dayton, Ohio; sister Kathy Dews and husband William, sister Betty D'Anza and husband Joseph and their family; and five grandchildren - Jessica, Tim "Bo" and Molly Kerr, and Elena and Vincent George. Peggy is predeceased by her father Harold, who passed away in 2007, as well as her nephew William "BJ" Dews who passed in 2012. A viewing will be held on Wednesday, May 15, 2013 from 5:00pm to 8:00pm followed by a service on Thursday, May 16, 2013 at 11:00am at Page-Theus Funeral Home Chapel, Leesburg, Fl. Online condolences may be left by visiting www.pagetheusfuneralhome.com. A memorial celebration will be held in Port Clinton, Ohio at a later date. Donations can be kindly made to Cornerstone Hospice in Peggy's honor.

Peggy Arlene Schaefer, 70, of Leesburg, Florida passed away on May 10th. She was the firstborn daughter of Helen and Harold Mastenbrook, and grew up along the Michigan lakeshore in Grand Haven. In high school she was a majorette in the Buccaneer... View Obituary & Service Information

The family of Peggy A. Schaefer created this Life Tributes page to make it easy to share your memories.

Peggy Arlene Schaefer, 70, of Leesburg, Florida passed away on...

Send flowers to the Schaefer family.