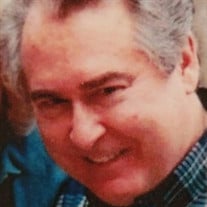 Obituary – J.W. Elmer, MD Dr. Joseph William “Bill” Elmer, 88, joined his Lord Jesus Christ and his beloved wife Jean Maguire Elmer on January 14, 2021. He was residing at Lake Port Square in Leesburg, Florida at the time. Preceding him in death were his parents, Rubye and William Henry Elmer, his older sister, Jane Elmer Probst, and his beloved wife, Jean. High school sweethearts, Bill and Jean were married in 1954 and they were less than one month away from their 65th wedding anniversary when Jean went to be with Jesus. Bill and Jean were both born in Miami, where they met at church, married and began their family. Bill attended medical school at the University of Miami and, following a one year general medicine residency in Los Angeles, they moved to Leesburg, where they lived for the rest of their lives. Bill joined a former classmate, Bergen Brokaw, MD, and established a thriving family medicine practice. Bill loved caring for his patients and their family members but the greatest joy of his career was delivering children. During his years in Leesburg, he delivered over 1500 babies, some of whom were “children of the children” he had delivered years before! In addition to family medicine, Bill thoroughly enjoyed fast cars, both for personal use but also for racing, owning a Dodge Charger that had been modified for drag racing. Most of all, Bill loved his Savior Jesus Christ, his wife Jean, and his two children, Lawrence (Larry) and Samantha. Together as a family, they traveled around the US and also went abroad, visiting southern Europe. Additional details of his life, including memories of all his family, friends and colleagues will be presented in a separate obituary. At this time, his family is holding a private ceremony for his burial but plan to hold a memorial service in honor of Bill and all his accomplishments later this year at First Baptist Church in Leesburg, where he and Jean worshipped for over 50 years. The date and time of this formal memorial service will be announced well in advance of the scheduled event. Bill’s family requests that all of his friends, former patients and/or their families would delay all expressions of their appreciation (e.g. flowers) until the planned memorial service mentioned above. His family hopes that all members of the community understand that the current viral pandemic prevents the opportunity to gather comfortably to celebrate Bill’s life. The family also hopes that the ongoing efforts to provide a vaccine to any and all people will permit the later celebration to occur without excessive restrictions for attendees. Bill’s family greatly appreciates all the kind comments they have already received from friends and family and hope that all who knew Bill will understand the reason for delaying a formal recognition of Bill’s life. We – Bill’s family – thank you and look forward to seeing many other friends and family at the planned celebration of his life later this year. J. William Elmer, M.D. – Born April 17, 1932, died January 14, 2021 Arrangements are entrusted to Page-Theus Funeral Home and Cremation Services, Leesburg, FL.

The family of Joseph WIlliam Elmer created this Life Tributes page to make it easy to share your memories.

Send flowers to the Elmer family.