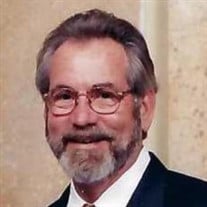 Obituary for John Ashton Gray (1945 – 2021) John A. Gray, age 75, passed away at 5:06pm on January 31, 2021 at his home in Leesburg Florida due to complications from COPD. John had many titles: husband, father, brother, grandfather, CEO/President, Chairman, USAF Captain, Commercial Naval Captain, Flight Instructor and lifelong friend. John came into this life on October 29, 1945 at Walter Reed Military Hospital in Washington D.C. He and his parents, Ashton and Ella Maude, later moved to Palmora Park in Leesburg, FL where he attended Lee (51’) and Skeen Elementary (52-56) and Leesburg High School (class of 1963). John followed his father’s footstep by attending The Citadel (class of 1967) where he majored in History. John later joined the US Air Force and was stationed at Mt. Tamalpais (Mill Valley) Radar Station in San Francisco, California. It was Hamilton AFB Officer’s Club in San Francisco where he met his future wife Dottie; mother to his three children. In November of 1971, John and Dottie left California, stopping through Cleveland, Ohio to get married, and then returned to Leesburg to help his father run the family business (Dura-Stress, Inc.) where John served as CEO/President and Chairman of the PCI (Prestressed Concrete Institute). Under his direction, Dura-Stress tripled in size and helped usher in new methods of construction, for which many structures are still in use today. After returning to Leesburg, John built a family and traveled often, but always called Leesburg home. John had a lifelong passion for football and baseball. He played QB in high school (#14) and halfback at the Citadel. Fall was his favorite time of year, mainly because it was football season. In 1958, John pitched for the Leesburg Little League team and helped them win the state championship in Tallahassee. Along with building lifelong friendships, John had passions for the air, sea and great food. He continued his love of flying even after leaving the Air Force. He would spend time instructing others to fly, including his closest friends, brother, son and wife. John spent many weekends flying for fun, teaching or on some adventure. Next to football and flying, John loved the sea. He owned many boats in his life and acquired a commercial naval captain’s license so he could captain them himself. A considerable portion of John’s life was spent on his boats, enjoying family and friends cruising numerous ports in the Caribbean with Walker’s Cay, Bahamas being a favorite. With fun came adventure, as was the night of Oct 23, 1982 aboard the 65-foot Chesapeake Bay trawler named the “Oysterman”. John and close friends ran into a serious storm 20 miles off the coast of Cape Canaveral, while doing a night crossing to bring their boat back to St. Augustine from the Bahamas. John often quoted “we shouldn’t have survived that storm!” Most who knew John well, knew he loved good and exotic foods. He enjoyed having large groups of friends over for lobster and crab boils or to taste test his latest creation from the smoker. However, those who knew John best acknowledged he was a natural in the kitchen as well. John was blessed with having a significant number of close and lifelong friends from his early days in Leesburg to the “brotherhood” he formed while attending The Citadel. He kept in touch with all of them and religiously attended lunch every Thursday with “the boys”. John is lovingly remembered by his brother Michael Gray (Linda), the mother of his children Dorothy “Dottie” Jean Gray, his children Robert Ashton Gray (Anastasia), Michele Ann Gray, Christopher Lee Gray (Kim) and his three grandchildren Alexander, Christian and Aiden Gray. Both his parents Julius “Ashton” Gray and Ella Maude Gray precede him in death. A graveside service will be held Saturday, March 6th at 11:00 a.m. by the oak tree aside St. James Episcopal Church, 204 Lee St., Leesburg, Florida with Father Thomas Trees officiating. In lieu of flowers, the family requests donations be sent to Compassionate Care Hospice and St. James Episcopal Church. A living memorial has been created for John to keep his memory alive. Friends and family are invited to visit https://www.mykeeper.com/profile/JohnGray1/ to post tributes, pictures, videos, and personal stories.

The family of John Ashton Gray created this Life Tributes page to make it easy to share your memories.

Send flowers to the Gray family.