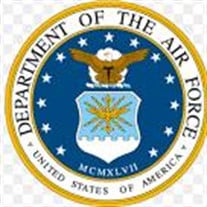 Col. James W. Coupland, age 81, died on February 7, 2020 at his home in Leesburg, Florida of natural causes. Jim is survived by his wife, Carolyn of 59 years, four children: Scott (Joan), Kristen Buchanan (Allan), Steven (Cathy) and Michael (Kris). He also leaves behind six grandchildren, Rachel, Anthony, Brynne, Cami, Caylie, Jasmine and one great grandchild Asyalin. He leaves behind two brothers Gary (Jo) and Norman (Kathy). Jim was born May 22, 1938, in Youngstown, Ohio, and was graduated from Niles McKinley High School in 1956. In January 1961, he received his Bachelor of Business Administration degree from Ohio University. He has completed graduate work through Central Michigan University, University of Oklahoma, and the University of Wyoming. He completed Squadron Officer School in 1969, Air Command and Staff College in 1975, and Industrial College of the Armed Forces in 1977. Jim was commissioned in January 1961 through the Air Force Reserve Officer Training Corps program at Ohio University. Following technical training at Sheppard Air Force Base, Texas, in August 1961, he was assigned to the 3245th Air Base Wing, Hanscom Field, Massachusetts, as chief of the paying and collection section, accounting and finance branch, comptroller division. He earned his navigator wings in August 1963 and was assigned to the 22nd Bombardment Wing, March Air Force Base, California, in August 1964. During the next three years, he served as a B-52 navigator in the 2nd Bombardment Squadron, completing one Arc Light tour in Guam and Thailand in October 1967. In October 1967, Jim began a seven-year assignment at Kincheloe Air Force Base, Michigan. Initially assigned to the 716th Bombardment Squadron as a B-52 navigator, became a B-52 radar- navigator in 1968. He later moved to the 449th Bombardment Wing. In December 1970, he began his second Arc Light tour in Thailand. Returning to Kincheloe, Colonel Coupland became the AGE-28 officer for the bomb nav branch. He later became the wing target study officer. He was the wing operations bomb comp project officer when the wing won the Fairchild Trophy in 1971. Colonel Coupland was temporarily assigned to RAF Marham, England, in April 1972 as part of the Strategic Air Command staff when the command won the 1972 Royal Air Force Bombing Competition. He was assigned to the 43d Strategic Wing at Andersen in May 1974 as wing target study officer, then navigation officer, and later as chief of bomb nav branch. Upon returning stateside in June 1976, Colonel Coupland was assigned to the 93d Bombardment Wing, Castle Air Force Base, California, as a B-52 scheduling officer and later as chief, plans branch. In October 1979, he was named 93d Avionics Maintenance Squadron commander. He was then promoted to Colonel before he left for Loring AFB. In November 1981, he was assigned to the 42nd Bombardment Wing, Loring Air Force Base, Maine, as assistant deputy commander for maintenance. He became the deputy commander for maintenance at Loring in October 1982. Jim was named Director of Logistics, 4th Air division, Francis E. Warren Air Force Base, Wyoming, in March 1984. In July 1986, he was assigned to 3d Air Division, Andersen Air Force Base, Guam, Director of Logistics. He assumed his present duties at Hickam Air Force Base on August 15, 1988. The colonel is a master navigator with more than 4,260 flying hours, including 760 combat hours. His decorations include the Meritorious Service Medal with three oak leaf clusters; Air Medal with four oak leaf clusters; Readiness Medal with oak leaf cluster; Humanitarian Service Medal with device; Vietnam Service Medal with bronze star; and the Republic of Vietnam Gallantry Cross with palm. He was promoted to colonel on November 1, 1981, with a date of rank of August 20, 1981. He retired from the Air Force on March 31, 1991, after 30 years and 15 days. He received the Legion of Merit Medal. The highest award he has ever received. After retiring from the military, he began his second career as a property manager working for Hawaiiana Property Management Company where he managed residential communities on the island of Oahu. Jim retired from Hawaiiana in 2003 after which he and Carolyn settled in Leesburg, Florida to be closer to family and enjoy their golden years together. A Celebration of Life Memorial Service will be held at a later date.

The family of Col. James W. Coupland created this Life Tributes page to make it easy to share your memories.

Send flowers to the Coupland family.