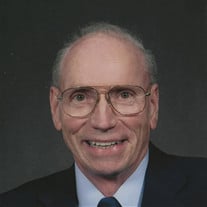 Dennis Arden Freitag, 79, of Leesburg, Florida died January 27, 2017 at Cornerstone Hospice of Tavares. Funeral services will be held at Bethany Lutheran Church on January 31, 2017 at 2:00 p.m. with Pastor Marc Spaeth officiating. Internment of cremains will occur a few days later in a private family ceremony at Lady Lake Cemetery. Dennis Freitag was the son of Henry R. and Elsie (Krueger) Freitag. He was born May 15, 1937 on his family’s farm in Sherman Township, Redwood County in Minnesota. He was one of four brothers. He was baptized and confirmed at the Zion Evangelical Lutheran Church in Morton, Minnesota. Dennis received his kindergarten through twelfth grade education in Morton, Minnesota. After graduation, Dennis worked for a logging company in northern Minnesota and later for the Caven Grain and Feed Elevator in Franklin, Minnesota where he received training in farm animal husbandry through Purina. Dennis and his wife, Janice, and their family moved to Leesburg, Florida in 1960. Dennis was self-employed in sales for 55 years. He also attended Lake-Sumter Community College and had an active Florida real estate license for 34 years. On the topic of retirement, Dennis said, “I do get tired but have not yet put the letters ‘re’ in front of it.” Dennis was a founding and charter member of Bethany Lutheran Church in Leesburg, Florida. He maintained active roles in his church up until a few days before his death. His hobbies were dancing with his wife, Janice, card playing, fishing, and watching sporting events. He loved the Leesburg Yellow Jackets’ basketball teams where his daughters once played. Dennis is survived by his wife, Janice Freitag. They were married 60 years. He is also survived by his children: Julie Thompson (Al), Tamara Hayman (John) Hayman, and Lynette Fields. Dennis also had seven grandchildren (Justin Thompson, Joshua Hayman, Jacob Hayman, Lindsay Hayman, Tessa Hayman, Trey Fields, and John Fields). Dennis is also survived by his sisters-in law and several nieces and nephews. He was preceded in death by his parents. He was also preceded by his brothers: Lyle Freitag, Lloyd Freitag, and Norman Freitag. Blessed be his memory. He was a good and honorable man. In lieu of flowers, please consider a donation in Dennis Freitag’s name to either Bethany Lutheran Church or Cornerstone Hospice Tavares.

The family of Dennis Arden Freitag created this Life Tributes page to make it easy to share your memories.

Send flowers to the Freitag family.