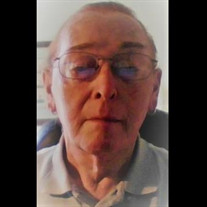 William (“Bill”) Leonard Wallace, aged 78, passed away October 10, 2021 after a short illness. Bill was the beloved husband of Joy P. Wallace for fifty years and was the father of Karen E. Wallace. Born in Cambridge in 1942, Bill lived mainly in Milton, Massachusetts until 2006, when he relocated to Leesburg, Florida. After graduating from Milton High School (1960), Bill attended Massachusetts Institute of Technology (B.S.E.E. 1964, M.S.E.E. 1966) and Boston University (M.B.A., 1982). For over thirty years, Bill worked as an electrical engineer for the MITRE Corporation in Bedford, Massachusetts. He served as a subject matter expert on radar surveillance, including the Airborne Warning and Control System (AWACS), before retiring in 1997. During his free time, Bill actively donated to and volunteered for various charitable organizations including the Knights of Columbus and the Lake County Democratic Party. Additionally, he enjoyed golf, linguistics, and spending time with family, friends, and pets. Arrangements are being coordinated by Page-Theus Funeral Home in Leesburg, Florida. In lieu of flowers, donations may be made to the Knights of Columbus, St. Paul Council #5644 https://kofc5644.org or the American Heart Association https://www.heart.org. For anyone who is unable to attend the services at the funeral home, you may watch a live stream of the services by following the link below: http://webcast.funeralvue.com/events/viewer/61984/hash:AF325D0D4BBD480F

The family of William Leonard Wallace created this Life Tributes page to make it easy to share your memories.

Send comfort and support when it's needed most.