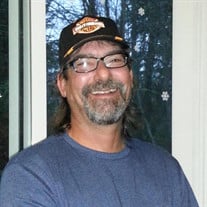 Todd S. Belville Obituary Todd graduated to heaven on May 28, 2022 at the age of 58 in Brooksville, FL. He was another unfortunate victim of cancer, but God graced him with a relatively short period of suffering. Todd was born May 17, 1964 in Battle Creek, Michigan. He was the second child to Willis K Belville (1938 – 2001) and Jil F Belville (Arnold). Todd grew up in Marshall, Michigan and, as a child, was driven to be the best at whatever hobby he chose. For some time, it was skateboarding, but then he discovered magic and practiced his “slight-of-hand” for hours a day. From an early age, Todd enjoyed entertaining young and old with his card tricks, which he continued throughout his life. His family moved to Landisville, Pennsylvania in 1978 and he graduated from Hempfield High School in 1982. Todd attended DeVry Institute to learn a computer programming. Over the years, Todd self-taught himself on how to build computers and became a business owner with expertise in computer networking. He worked for a short time in Massachusetts, but he moved to Florida in 2001 where he met his wife of 18 years, Vicki. Todd and Vicki enjoyed many activities, including camping, beer-making, gaming, flipping homes, and sitting around their campfire doing karaoke with friends. Todd also enjoyed gardening and had a side landscaping business awhile, he loved shooting pool (and often won!), and he just generally loved to be around family, especially fishing with his little brother, Marty. Even though Todd struggled with bipolar disorder over the years, he was known by most for his sense of humor, generosity, tinkering on nearly anything, and passion for making people smile with his card or coin tricks. Todd’s mom, Jil, lives in Port Angeles, Washington and his daughter, Tayla Belville, lives in Pennsylvania. His sister, Tami Smith (Vince Toscano) and her children, Tim, Virginia, and Aspen, also live in Port Angeles. Todd’s first brother, Rick, and his wife, Melinda, live in Lomax, Illinois. Rick’s children, Lauren and Josh, will also miss their Uncle Todd. Todd had a special relationship with his baby brother, Marty, who was also taken by cancer in June 2020. Marty’s family, including Regina (wife), Keegen (Kasey Shimdale), Korissa (Phil Bryant), Kalea (Zach Barstow), and Kyler, live in Lancaster, Pennsylvania. Todd’s family would like to thank to all of those who have expressed their condolences and have loved him with us. Todd’s last expressions included well-wishes to those he hurt…and going to Golden Corral (as he reminisced a list of his favorite foods there!). He leaves his love to his entire family, whom he knew loved him dearly. He had met Jesus towards the end of his life and was looking forward to meeting Him and rejoining his dad, brother, and others who went before him. Todd will be cremated by Banks/Page-Theus Funeral Home in Leesburg and his ashes will be cared for following his request. The family will hold a private memorial service. God will wipe away every tear from their eyes, and death shall be no more, neither shall there be mourning, nor crying, nor pain anymore, for the former things have passed away. – Revelation 21:4 (God)

Todd S. Belville Obituary Todd graduated to heaven on May 28, 2022 at the age of 58 in Brooksville, FL. He was another unfortunate victim of cancer, but God graced him with a relatively short period of suffering. Todd was born May 17, 1964... View Obituary & Service Information

The family of Todd Sidney Belville created this Life Tributes page to make it easy to share your memories.

Todd S. Belville Obituary
Todd graduated to heaven on May 28,...

Send flowers to the Belville family.