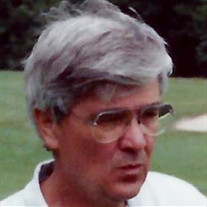 Thomas Walker Hummel, age 76, passed away Tuesday, July 28, 2015 at the Mike Conley Hospice House in Clermont, Florida after a long battle with Cancer. Tom was born in York, Pennsylvania, son of Paul John Hummel of Leighton, PA and Ruth Walker Hummel of Philadelphia, PA. He was a retired educator who taught English at Dallastown High School, Dallastown, PA from 1961 to 1962 and York Suburban High School from 1962 to 2001 serving as Chairman of the English Department for 33 years (1968-2001). He dedicated 26 years to the York Suburban High School Swim Team as an Assistant Coach (1975 -2001) and was an active member of the York Aquatic Club as a swimming and diving official. Tom shared an incredible love of learning and discussion of ideas with his students both in the high school as well as those he taught at York College. He received his Bachelor’s Degree in English from Penn State University and earned three Masters Degrees in his lifetime – his first in education from Penn State, his second in English Literature from Millersville University and his third in Liberal Arts from John Hopkins University. He had a passion for continuing education and focused his studying on history of ideas seminars. Tom enjoyed thirteen years of retirement in the Leesburg, Florida area with his loving wife of 43 years June. They enjoyed several cross country motor trips, sightseeing on the way to visit their daughter. They also enjoyed multiple trips to the Outer Banks of North Carolina where Tom particularly enjoyed long walks on the beach, several rounds of golf a few good books and wonderful seafood. He was happiest when he was playing golf with friends, fishing, bird-watching, feeding scrub-jays in his hand or reading a good book. Those closest to Tom would describe him a bright, gentle, well-read, fun and gracious. Tom is survived by his wife June (Reynolds) Hummel; his brother Richard Pau Hummel of Grass Valley, CA; his son Matthew Warner Hummel and wife Vanessa of Kinsdale, VA; his son Paul Douglas Hummel (Linda Tribble) of Norfolk, VA; His daughter Debra Jeanne Kurucz and husband James Mack of Wayne, PA; his daughter Jonna Stiles Kurucz and fiancée Mitsuho Richard Wada of Old Greenwich, CT; and four granddaughters – Rachel, Emily, Abigial and Anna. A memorial service is being planned for mid-September. In lieu of flowers, the family requests donations be made to Mike Conley Hospice House, C/O Cornerstone Hospice, 2445 Lane Park Road, Tavares, FL 32778. All Funeral arrangements are under the careful direction of Page-Theus Funeral Home and Cremation Services, Leesburg, Florida.

The family of Thomas Walker Hummel created this Life Tributes page to make it easy to share your memories.

Send flowers to the Hummel family.