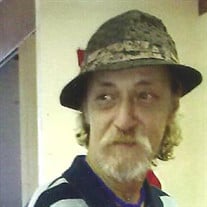 Terrald Keith &#8220;Terry&#8221; Norris Sr. age 54 of Leesburg passed away Tuesday October 25, 2016. Terry was a lover of music and was a musician by trade. Terry was born in Gainesville, Florida to the late Walter Franklin and Lillian Crawford... View Obituary & Service Information

The family of Terrald "Terry" Norris created this Life Tributes page to make it easy to share your memories.

Send flowers to the Norris family.