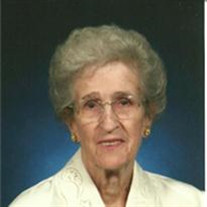 Ruth D. (Lotz) Poet of Leesburg, 91, passed away peacefully on   July 15. 2012   surrounded by members of her loving family including her husband of 69 years, Raymond B. Poet.    She was born and raised in New York City with her late parents, Carl and Daisy Lotz (nee Wood), and her 3 sisters, Margaret, Charlotte, and Loretta, all of whom pre-deceased her . She was educated in NY City schools and later attended Rutgers University in New Jersey, majoring in English. Over the years she was employed as a secretary in NY City, as a civilian employee of the U.S.Army, and in several banks and businesses in central NJ before accepting a fulltime secretarial job with Rutgers University in New Brunswick NJ. She then served in several different University offices and retired from there in 1984 as the Administrative Assistant to the Director of the University’s State Government Relations Office.   Besides her devoted husband she is survived by their loving daughter Renee M. Poet and son Raymond H. Poet and his wife Janet, all of Connecticut. She is also survived by two grandsons and their families whom she loved so much —Matthew Poet and his wife Tina of Wallingford Ct. and Jonathan Poet and his wife Dana Dorman of Philadelphia Pa., as well as 3 great grandchildren Dylan, Jake and Margot. She is also survived by several nieces and nephews in Pennsylvania, Tennessee, Florida, and elsewhere. She was a long time resident of Lakeport Square in Leesburg after having lived in Crystal River for well over 15 years. At various times over her lifetime she enjoyed bridge, sewing, travel, cooking, reading, and church and AARP activities. But her main interest throughout her life was the care and well being of her devoted family who will miss her greatly. She was a member of the Morrison United Methodist Church in Leesburg and had previously been a member of Methodist churches in Crystal River and in NJ.    Friends are invited to call at the Page Theus Funeral Home on Thursday July 19 from 11:00 AM till 12:00 noon. A private funeral service will be held by the family.   In lieu of flowers, donations may be made to the Morrison United Methodist Church, 1005 W. Main Street, Leesburg Fl 34748 for youth and children's activities.

Ruth D. (Lotz) Poet of Leesburg, 91, passed away peacefully on   July 15. 2012   surrounded by members of her loving family including her husband of 69 years, Raymond B. Poet.    She was born and raised in New York City with her late parents,... View Obituary & Service Information

The family of Ruth D. Poet created this Life Tributes page to make it easy to share your memories.

Send flowers to the Poet family.