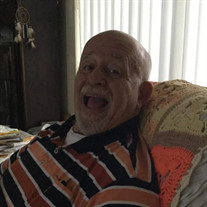 Robert William Wright, aged 79, of Leesburg, FL went to be with the Lord our God on December 20, 2020. Bob was born on August 14, 1941 in Brooklyn, NY to the late Eugene and Adele Wright and later graduated from Northeastern University with a degree in Chemical Engineering. Bob had a career in Chemical Engineering and management with a specialty in plastics for over 45 years. Bob worked with BP Amoco and was most recently employed as the Vice President of Sales with Bamberger Polymer. In 2009, Bob retired and moved with his wife and partner of 30 years, Patricia, from Long Island, NY to Leesburg, FL. Bob was an active member of the Morrison United Methodist Church, often volunteering at the Morrison Opportunity Thrift Store. Bob was a Mason for over 30 years, Bob was also active with several social organizations and sports leagues at the Legacy of Leesburg. Bob enjoyed creating memories with his family (particularly those involving a good joke), as well as reading, bird watching, dining out with his friends, and traveling. Bob is survived by his wife, Patricia Wright of Leesburg; as well as his three sons, Robert Jr. (Niki) Wright, Fayetteville, PA; Brian (Jill) Wright, Canton, IL; Kevin (Jenifer) Wright, Saylorsburg, PA; daughter Jennifer (Eric) Willard, Astoria, IL; stepchildren Sandy (Heath) Sangster, Marcy, NY; Miguel (Victoria) Ramirez III, Howell, NJ; and his nine grandchildren, Cayris Wright, Connor Wright {Robert Jr}, Bradley Wright, Caden Wright, Amelia Wright {Kevin}, Megan Rodgers, Ethan Rodgers {Jennifer} as well as 2 bonus Grandchildren Noah Ramirez, and Isabella Ramirez {Miguel}. Bob is also survived by his brothers Richard (Sharon) Wright; Russell (Joanne) Wright, his five nieces and his first wife Nancy. He is preceded in death by his granddaughter, Ana Wright. There will be no visitation or services. A private family memorial will be planned for a future date. Arrangements entrusted to Page-Theus Funeral Home of Leesburg; FL. Online remembrances may be made at www.pagetheusfuneralhome.com. Donations to the Alzheimer’s Association can be made in Bob’s name in lieu of flowers.

Robert William Wright, aged 79, of Leesburg, FL went to be with the Lord our God on December 20, 2020. Bob was born on August 14, 1941 in Brooklyn, NY to the late Eugene and Adele Wright and later graduated from Northeastern University with... View Obituary & Service Information

The family of Robert W. Wright created this Life Tributes page to make it easy to share your memories.

Robert William Wright, aged 79, of Leesburg, FL went to be with...

Send flowers to the Wright family.