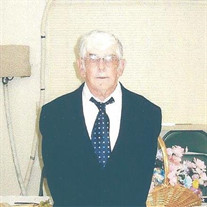 Robert L. Ferguson, 78, Leesburg, Florida passed away on October 6, 2016 at Leesburg Regional Medical Center in Leesburg, Florida. Mr. Ferguson was born on November 14, 1937 in Toledo, Ohio to his parents Donald Ferguson and Helen Darling. Mr. Ferguson was retired from Kraft Foods as a Food Distribution Specialist. He moved to Leesburg in 1999 from Carthage, New York with his first wife Dolores and was of the Christian faith. He is survived by his loving wife: Kathleen Ferguson of Leesburg, FL; three sons: Robert (Rosa) Ferguson of Clermont, FL, Brian Ferguson of Shelby, NC and Donald (Mary) Ferguson of Montverde, FL; a daughter: Brenda (Gene) Burke of Watertown, NY; a brother and sister: Chuck and Rose; five grandchildren; four great-grandchildren and many loving nieces and nephews. He was preceded in death by his parents and his late wife Dolores Ferguson, his step-father, Hilary Shack and a brother and sister, Ted and Laura. Funeral Services will be held on Friday, October 14, 2016 at 10:00AM at Page-Theus Funeral Home, Leesburg, Florida with Visitation to be held on Thursday, October 13, 2016 from 5:00PM to 7:00PM at Page-Theus Funeral Home, Leesburg, Florida. The burial is to follow the funeral service at Hillcrest Memorial Gardens Cemetery, Leesburg, Florida. In lieu of flowers the family has requested donations be made to the American Heart Association in Robert’s loving memory. On-line condolences may be shared by visiting www.pagetheus.com. Arrangements are entrusted to Page-Theus Funeral Home and Cremation Services, Leesburg.

The family of Robert L. Ferguson created this Life Tributes page to make it easy to share your memories.

Send flowers to the Ferguson family.