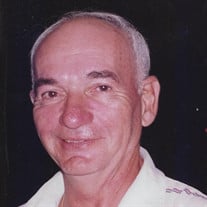 Robert William Beausoleil, 82, Leesburg, Florida passed away on February 5, 2022 at his residence under the loving care of his family and staff of Vitas Hospice. Robert was born on February 17, 1939 in Norwich, Connecticut to his parents Romeo J. Beausoleil and Laura (Jodoin) Beausoleil. Robert had moved to Leesburg 26 years ago from Plainfield, Connecticut. He was a Retired Postmaster in both Canterbury, Connecticut and Hanover, Connecticut for the United States Postal Service, with many years of devoted service. He was of the Catholic faith and was a member of St. Paul Catholic Church in Leesburg, Florida. Robert had also been a member of the Lions Club in Connecticut. Among Bob’s many interests were playing card games, watching his Red Sox, football, and golf. He especially enjoyed playing golf with his brother Romeo. Bob and Anita set a goal early on in their marriage to sleep in all 50 states, which took over 9 years to complete. In their time traveling, the two also visited Canada, Mexico, and several trips to Brazil as well as enjoyed Cruises to various Caribbean Islands. He is survived by his loving wife of 24 years: Anita Beausoleil of Leesburg, FL; a son: Michael Beausoleil and his wife Linda of Griswold, CT; a daughter: Cathy Beausoleil of Ohio; three grandchildren: Andre, Natasha and Julia; four great grandchildren and many loving nieces and nephews. Robert was preceded in death by his parents, his beloved daughter, Renee Beausoleil, as well as two brothers and two sisters. A Mass of the Resurrection will be scheduled for Wednesday, March 30, 2022 at 11:00AM at St. Paul Catholic Church, Leesburg, Florida by the family with inurnment to follow at Hillcrest Memorial Gardens in Leesburg at a later date. Online condolences may be made at www.pagetheusfuneral.com. Arrangements entrusted to Page-Theus Funeral Home & Cremation Services, Leesburg, FL.

Robert William Beausoleil, 82, Leesburg, Florida passed away on February 5, 2022 at his residence under the loving care of his family and staff of Vitas Hospice. Robert was born on February 17, 1939 in Norwich, Connecticut to his parents Romeo... View Obituary & Service Information

The family of Robert William Beausoleil created this Life Tributes page to make it easy to share your memories.

Send flowers to the Beausoleil family.