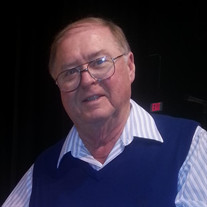 Richard James LaCharite, 73, Wildwood, Florida passed away on January 26, 2017 at The Villages Regional Hospital in The Villages, Florida. Mr. LaCharite was born on January 17, 1944 in Windsor, Ontario, Canada to his parents Ernie and Regina Anne LaCharite. Mr. LaCharite was of the Catholic faith. Upon graduating High School Mr. LaCharite entered the United States Marine Corps and proudly served his country being assigned to Embassy Duty in Caracas, Venezuela. He was an extremely proud veteran living his life by the Marine Corps Values: Honor, Courage, Commitment and most of all “Semper Fidelis”. Those that knew him would agree, he was a perfect example of a United States Marine. Mr. LaCharite was a resident of Lakeland, FL. from 1969 to 2001. In 1977 Mr. LaCharite started a fiberglass supply business by the name of Mini-Craft of FL., Being the visionary he was, saw an opportunity and in 1999 re-located his business to Wildwood, FL. Mr. LaCharite then moved to Wildwood, FL. In 2001. Having a love for the open water and boating, in 2004, Mr. LaCharite started a boat building company by the name of Salty Boats. He was a compassionate person always putting others needs in front of his own. He had a unique ability to find a persons’ positive (trait) in everyone he met. His motto in life was: Do the very best you can in all that you do “today” and know that tomorrow is another day. Mr. LaCharite was a loving father, loving grandfather, best friend to his brother and always making himself available to whomever called upon him for whatever there need was. Mr. LaCharite found no greater joy in life than his last 10 years watching his grandchildren grow, meeting new friends and forming beautiful relationships. He is survived by his loving children: Donald (Tammy) LaCharite of Fruitland Park, FL and Lisa LaCharite of Lakeland, FL; two brothers: Paul LaCharite of Wildwood, FL and Gerard LaCharite of Orlando, FL; three sisters: Anne Livio of Pompano Beach, FL, Frances Conley of Lakeland, FL and Claudette Angel of Lakeland, FL; three grandchildren: Morgan, Madison and Macie and many loving nieces and nephews. Graveside Services will be held on Monday, February 6, 2017 at 11:00AM at Florida National Cemetery, Bushnell, FL. with Military Honors. On-line condolences may be shared by visiting www.pagetheus.com. Arrangements are entrusted to Page-Theus Funeral Home and Cremation Services, Leesburg.

Richard James LaCharite, 73, Wildwood, Florida passed away on January 26, 2017 at The Villages Regional Hospital in The Villages, Florida. Mr. LaCharite was born on January 17, 1944 in Windsor, Ontario, Canada to his parents Ernie and Regina... View Obituary & Service Information

The family of Richard James LaCharite created this Life Tributes page to make it easy to share your memories.

Send flowers to the LaCharite family.