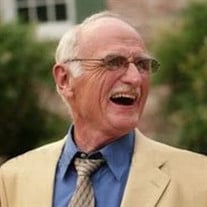 Richard A. Craig, age 74, passed May 2, 2019, surrounded by loved ones at his home in Palm Coast, FL. Richard was born January 15, 1945 to Edward and Pauline (Still) Craig in Terre Haute, IN. Shortly after, the family relocated to Indianapolis, Indiana. He graduated from Indiana Academy in 1963 and attended Andrews University in Berrien Springs, MI. Richard served proudly and with honor in the US Army, serving a tour in Vietnam. Shortly after returning home, Richard began his career with the U.S. Geological Survey conducting water resources investigations in Indiana, Washington, and Florida. Upon retirement from the USGS in 1998, he continued as a consultant in the water resources industry for many years. Family was the essence of Richard’s life, and his notion of family encompassed much more than his blood. He remembered birthdays with beautiful cards filled with heartfelt messages. He believed in regular phone calls, and made trips to spend time with family near and far. He had the uncanny ability to make one feel especially loved. Richard was known for his laugh – one that imbued joy and a longing to hear it again. He lived life humbly, giving of himself in so many ways. He will be missed and we impatiently wait for the day we will be reunited. Richard joins his parents, Eddie and Pauline, and beloved youngest sister, Ruth Ann Hopkins, in Heaven. Left to honor and remember him are his sister Rebecca (Edward) Vance, brother Mark (Kim) Craig, brother Michael Hopkins, children Tammy (Gene) Grimm, Kristina Craig, Julia (Tom) Mead, Richard Craig Jr., Michele (Sonny) Anderson, and Cheri Vance, loving companion Mary Ann Brown, former wife and close friend Loretta Craig, many adoring grandchildren, great-grandchildren, cousins, nieces, nephews, extended family, and dearly loved friends. The family would like to invite all to attend a Celebration of Life service followed by potluck fellowship on Sunday, June 9, 2019 at 12:00PM. It will be held at the Magnolia Clubhouse located at 175 Countryside Drive in Orange City, FL 32763. Phone # (386) 775-2211. Please bring your stories and photographs so we can honor him through our memories and laughter – just the way he would want it!

Richard A. Craig, age 74, passed May 2, 2019, surrounded by loved ones at his home in Palm Coast, FL. Richard was born January 15, 1945 to Edward and Pauline (Still) Craig in Terre Haute, IN. Shortly after, the family relocated to Indianapolis,... View Obituary & Service Information

The family of Richard A Craig created this Life Tributes page to make it easy to share your memories.

Send flowers to the Craig family.