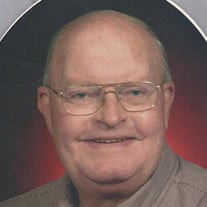 Peter Van Striker, 69, Leesburg, Florida passed away on September 2, 2015 at Leesburg Regional Medical Center in Leesburg, Florida. Mr. Striker was born on August 5, 1946 in Buffalo, New York to his parents Peter John Striker and Rita (Schmaltz) Striker. Mr. Striker was the former Fire Chief for the U.S. Air Force at Niagara Falls Air Base in Niagara Falls, New York. He and his wife Judy moved to Leesburg 19 years ago from Niagara Falls, New York and were members of St. Mark Lutheran Church, Leesburg, Florida. He was a U.S. Air Force Veteran who served in the Vietnam War. He was a member of the American Legion and The Veterans of Foreign Wars both of Leesburg, Florida. He loved to be with his dogs. He is survived by his loving wife of 32 years: Judith Striker of Leesburg, FL; sons: Greg (Maritza) Striker of San Antonio, TX and Brad (Monique) Beutel of Baltimore, MD; a daughter: Vicki (Neil) Doucette of North Tonawanda, NY; five grandchildren: Gabriella Alma, Jane, Sarah, Adam and Desiree; one great-granddaughter: Lily. A Memorial Service will be held on Tuesday, September 15, 2015 at 10:30AM at St. Mark Lutheran Church, Leesburg, Florida. Interment will take place at Florida National Cemetery following the Memorial Service at 1:30PM. In lieu of flowers the family has requested donations be made to St. Mark Lutheran Church “Building Fund” in his loving memory at 28215 U.S. Highway 27 Leesburg, FL 34748. Services have been entrusted to Page-Theus Funeral Home, Leesburg, FL. On line condolences and memories may be shared by visiting www.pagetheusfuneralhome.com.

The family of Peter Van Striker created this Life Tributes page to make it easy to share your memories.

Send flowers to the Striker family.