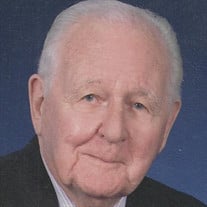 Peter Gregory Bateson, 90, Leesburg, Florida passed away on August 9, 2018 at his residence in Leesburg, Florida under the loving care of his family. Peter was born on February 18, 1928 in Weymouth, Dorset, England to his parents, John Bateson and Norah (Marsh) Bateson. At the young age of 12, he began learning how to play the saxophone and clarinet and, at the age of 15, he moved to London and began working as a Musician. During World War II as a young man, he served in the Home Guard as a stretcher bearer and a messenger in Weymouth, England. While in England, he had his own band called Pat Bateson and his Band. In 1954, he moved his family to the United States and worked in New York City with Big Bands, such as Jimmy Dorsey and others. Years later, while residing in Connecticut, he became a Radio Announcer, having his own show called The Pete Gregory Show at WINE Radio in Brookfield, Connecticut. Following that, he went on to work in various Country Clubs in Connecticut in managerial roles. In 2000, he then retired to Leesburg, Florida with his wife. He is survived by his loving wife of 54 years: Maria Bateson of Leesburg, FL; two loving daughters: Wendy MacDonald of London, England and Lynn Bragger and her husband Stephen of Winter Garden, Florida; seven grandchildren: Eric, Lisa, Tracy, Kika, James, Peter and Michael; twelve great grandchildren and two nieces: Anne Rogers and Madeleine Cannon. He was preceded in death by his parents, brothers, Anthony and William, and his loving son, Peter. In lieu of flowers, the family has requested donations be made to the Hospice of your choice; The North Shore Animal League of Long Island, New York or The Disabled Veterans of America in his loving memory. Online condolences may be shared by visiting www.pagetheusfuneral.com.  Arrangements are entrusted to Page-Theus Funeral Home and Cremation Services, Leesburg.

Peter Gregory Bateson, 90, Leesburg, Florida passed away on August 9, 2018 at his residence in Leesburg, Florida under the loving care of his family. Peter was born on February 18, 1928 in Weymouth, Dorset, England to his parents, John Bateson... View Obituary & Service Information

The family of Peter Gregory Bateson created this Life Tributes page to make it easy to share your memories.

Send flowers to the Bateson family.