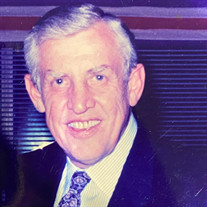 The Villages, Florida December 23, 2021-Norman Edward Heyman, 89, passed away peacefully and gently into that good night. Norman was born July 21, 1932, in Elmira, New York to Samuel Heyman and Ray (Sirota) Heyman. Norman never measured the worth of a person by the size of their wallet so when he met his future wife Nancy S Rosenthal, as a freshman at Syracuse University in 1954, he knew he was the richest man in town. A love and partnership that would endure for 64 years until Nancy’s passing in 2019. Heyman’s Clothing Store located in Horseheads, New York was the flagship of Norman’s entrepreneurial spirit, which in time, led him to expand to Elmira, New York; opening Heyman’s Mark Twain Men’s Shop and jeans concept stores: Uncle Sam’s. He was always proud of his community and his civic responsibility. When Hurricane Agnes’ fury in 1972, caused the rivers to breach Elmira’s levy system; the downtown Elmira businesses found themselves under six feet of standing water. Initially in shock, with the downtown area cordoned off so that he could not assess the damage, Norman began working with FEMA and led the Small Business Administration recovery efforts. Recovery was slow at best, so in 1976 with two children in college and a teenager in tow, Norman chose to leave his childhood home of 44 years and start a new chapter as an Investment Banker in Ft. Lauderdale, Florida. The next adventure would bring Norman and Nancy to The Villages in 2002. They will now be reunited in that good night. He is survived by his children; a daughter: Alexandra Rae of The Villages, FL; two sons: Dr. Stephen J. Heyman and his wife Colleen of Nashville, TN and Philip Heyman and his fiancé, Miryam Salazar of Coral Springs, FL; three grandchildren: Caitlin Heyman Tisch, Anna Rose Harris and Samuel Heyman and two great grandsons. A Graveside Service will be held on Monday, December 27, 2021 at 2pm at Hillcrest Memorial Gardens, Leesburg, Florida. The family has requested donations be made to Temple Shalom at 13563 County Road 101 Oxford, FL 34484 in honor of Norman and Nancy as charter members of the congregation. Online condolences may be shared by visiting www.pagetheus.com.  Arrangements are entrusted to Page-Theus Funeral Home and Cremation Services, Leesburg.

The family of Norman Edward Heyman created this Life Tributes page to make it easy to share your memories.

Send flowers to the Heyman family.