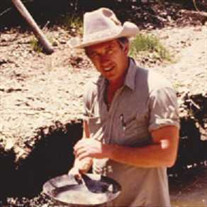 Michael Bernard McLaughlin Sr., 80, Leesburg, Florida passed away on November 9, 2018 after a long battle with Alzheimer’s. He died at home surrounded by family. Michael was born on March 19, 1938 in Minneapolis, Minnesota to Bernard and Elva (Johnson) McLaughlin. He attended Patrick Henry High School where he enjoyed playing sports, his football team taking the city championship in 1955. After graduating he joined the Navy and remained proud of his service all of his life. Upon returning home from the Navy he attended the University of Minnesota where he played football for the Minnesota Gophers. He married Peggy Hall, also from Minneapolis and they had four children. In 1980 he married Joan Sakry from St. Cloud, Minnesota and had two children with her. Michael began working as a stock broker in Minneapolis in the 1960’s and went on to become an entrepreneur, starting up and running a number of companies through the years. He bought and sold real estate and embarked on many adventures including a farm in Foley, Minnesota and gold mining in Montana. Michael was an eternal optimist with a clever sense of humor which he kept even into the late stages of his illness. He enjoyed listening to music and having a cigar and a drink with good friends. He loved horses, camping and always in his hat and boots was the quintessential cowboy. He is survived by his wife, Joan; children, Michael Jr. (Lety) of Hockley, Texas, Sandy (Sonny) Orton of Foley, Minnesota, John (Laura) of Waite Park, Minnesota, Lindsay (Doug) Schneider of Mammoth Lakes, California, Casey (Shawna) of Leesburg, Florida, seven grandchildren and eight great-grandchildren. Brothers; Bud (Peg) of Chaska, Minnesota, Barry (Dorothy) of Bonita Springs, Florida, sister; Linda (George) Kuczek of Tonka Bay, Minnesota and many nieces and nephews. Michael is preceded in death by his parents and son Richard. A celebration of his life with Military Honors will take place in early summer in Minnesota.

Michael Bernard McLaughlin Sr., 80, Leesburg, Florida passed away on November 9, 2018 after a long battle with Alzheimer&#8217;s. He died at home surrounded by family. Michael was born on March 19, 1938 in Minneapolis, Minnesota to Bernard and... View Obituary & Service Information

The family of Michael Bernard McLaughlin created this Life Tributes page to make it easy to share your memories.

Send flowers to the McLaughlin family.