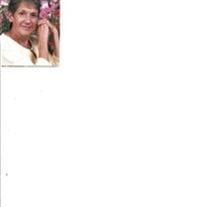 Lois Chesney Gray, age 68, passed from this life to be with loved ones and her Heavenly Father on December 25, 2009. She died peacefully with her sister Edna-Mae by her side at her home in Leesburg, FL after a long and brave battle with cancer. Lois was born on December 20, 1941 in Hartford, CT., the daughter of James and Lena Chesney of Terryville, CT. She was preceded in death by her parents, her husband Olen 'Buck' Gray on April 5, 1998, as well as a sister Patricia Mills and brother David Ashley. She is survived by two sons Jayson Lainey and wife Susan, and Michael Lainey, one daughter Melissa Gasbarre, two stepsons Dana Passmore and wife Pam, and Darcy Passmore, and two step-daughters Tammy Gray and Sherry Burkett. She is also survived by her sisters Edna-Mae Flanagan and husband John, Ellen Van Peterson, Mary Morrell and husband Gerry, and brother Chuck Rousseau and wife Diane. Lois is also survived by five grandchildren, nine step-granchildren, and one great grandson. Lois was a loyal member of the American Legion Auxiliary Unit 219, Women of the Moose Chapter 1034, and the Fraternal Order of the Eagles' Auxiliary. During her years in Florida, she tended bar at Shoney's, The Hilltop Lounge, and the American Legion Post 219.Lois loved spending time with special friends and relatives. She enjoyed playing darts, shooting pool, and helping others by always being there in their times of need. A very special thank-you goes out to friends and relatives who were caregivers during her greatest times of need, especially Reta Hoernis, Debbie Knight, Audrey McKinney, Lenny Biddle, and niece Brandi Pohlod. Funeral services for Lois will be held in the Page-Theus Funeral Home on Monday, December 28, 2009 at 6:30 p.m. with the American Legion Auxiliary Unit 219 officiating. Visiting hours will be in the funeral home on Monday from 5:00 p.m. until the time of services. Burial will be at a later date in the Lake Lawn Memorial Cemetery in Reynoldsville, PA. In lieu of flowers donations can be made to the American Cancer Society, or to the American Legion Auxiliary Unit 219 for the Paws for Patriots Program, P.O. Box 1, Fruitland Park, FL. 34731-0001. Page-Theus Funeral Home

Lois Chesney Gray, age 68, passed from this life to be with loved ones and her Heavenly Father on December 25, 2009. She died peacefully with her sister Edna-Mae by her side at her home in Leesburg, FL after a long and brave battle with cancer.... View Obituary & Service Information

The family of Lois Edna Gray created this Life Tributes page to make it easy to share your memories.

Lois Chesney Gray, age 68, passed from this life to be with loved...

Send flowers to the Gray family.