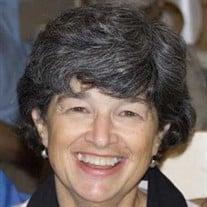 On Sunday, June 25, Karen Martin, age 68, of The Villages, Florida, passed away at home after a heroic, four year battle with pancreatic cancer. She is survived by her husband of 33 years, Charles, daughter Stacy Vanderhorst (Kurt), grandchildren Maya and Leah, mother Lorraine Resnick, brother Richard Resnick (Naomi), step-children Scott (Christopher) Martin, Lee-Ann Bean (Steve), and grandchildren Lindsay and Evan (Samantha). Karen was predeceased by her late husband, Jack Pakanen. Prior to her retirement, Karen was a health education teacher at Saugerties Junior/Senior High School in Saugerties, New York. She was involved in the Woodstock Jewish Congregation, Trailsweepers Ski Club, Lefooters Square Dance Club, and Group II Theater Company. After moving to The Villages, Karen was an active member of the Village Birders, Pops Chorus and the Villages Photography Club. Her true passion was acting, and she quickly became a stalwart in many productions of the Villages Theater Company (including: “45 Seconds from Broadway”, “Look Who’s Playing God”, and “Anybody for Tea”) and the Villages Musical Theater (including: “Carousel” “Brigadoon”, “Hello Dolly”, “Music Man”, “Crazy for You”, and “Thoroughly Modern Millie”). Karen also directed two, one-act plays (“Coffee with God” and “Wash and Dry”). Karen volunteered for many years at Camp Boggy Creek in Eustis, Florida. At the camp, she worked with children with serious medical illnesses and their families, helping to provide them with an enjoyable camp experience. On June 10, 2017, The Villages Musical Theater, in recognition of Karen’s unbelievable courage, strength and undeniable spirit in so many areas of the theater while battling pancreatic cancer, awarded her with its first ever “Spirit Award.” Funeral services will be held on Friday, June 30, 2017 at 11:00 am at Page-Theus Funeral Home, 914 West Main Street, Leesburg, Florida. In lieu of flowers, the family suggests contributions in Karen's memory be made to the Pancreatic Cancer Action Network (pancan.org) or Camp Boggy Creek (boggycreek.org

On Sunday, June 25, Karen Martin, age 68, of The Villages, Florida, passed away at home after a heroic, four year battle with pancreatic cancer. She is survived by her husband of 33 years, Charles, daughter Stacy Vanderhorst (Kurt), grandchildren... View Obituary & Service Information

The family of Karen D. Martin created this Life Tributes page to make it easy to share your memories.

Send flowers to the Martin family.