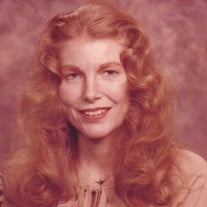 Joy Ann Wettstein Griffin, a dedicated environmentalist who spent her life fighting for the state’s lakes and wildlife, died Sept. 13 at her home in Fruitland Park, Fla. Memorial Services for Griffin, 75, will be Friday, Sept. 26, at 3 p.m. at Page-Theus Funeral Home in Leesburg. Griffin often took unpopular positions to protect the environment, even if it meant slowing the state’s rapid growth, as an elected member of the Lake County Water Authority from 2000 to 2008. When Apopka wanted to withdraw up to 1.8 billion gallons annually from Lake Apopka for irrigation, she feared the action would reduce water flowing to neighboring lakes already suffering from drought. The measure ultimately was approved by the water authority in compromise vote – but without Griffin’s support. They plan to remix it with reclaimed water and use it in public places, and also where there are animals, “ she told the Orlando Sentinel after her after her “no” vote in 2008. “I couldn’t morally vote for something that had a chance of having some kind of negative effect on the public health.” An article published in the Sentinel after her death credited Griffin with pushing to monitor toxic algae in area lakes, limit herbicides that she feared were killing beneficial aquatic plants and opposing excessive development that altered natural animal habitats. Griffin was active in other environmental organizations, including the Lake County Conservation Council, Florida Defenders of the Environment and the National Wildlife Federation. “Nobody has put in as many petitions to save our lakes and water supply from pollution. Nobody has travelled as many miles to fight for our lakes and water supply in general,” son Dan Loomis wrote about his mother in 2000 when she ran for the water authority. Griffin was born May 28, 1939, as the first two children of Joy and Max E. Wettstein Sr., a well-known figure in Central Florida as the president of Florida Telephone Co., then the local phone provider. She developed her love for the water as she grew upat the family’s home on Lake Harris in Leesburg --- a love that she later reflected upon in book of poetry, “Lost Colors,” published in the early 1970’s. She became most active in environmental causes after marrying her second husband, Bob Griffin, in 1979. The couple, after buying a home on Lake Griffin, feared the draw-down of water levels on the lake was hurting the environment. After her husband’s death in 1997, Griffin won two terms on the water authority board, despite having no previous political experience. “Our water supply is a precious resource,” she told the Daily Sun newspaper in 2001. “We need to protect it.” Griffin was preceded in death by her parents, her husband, and a brother, Max E. Wettstein Jr., a well-known football coach and science teacher at Leesburg and Tavares high schools, who died in a 1993 plane crash. She is survived by two sons, Dan Loomis and Jay Loomis, a former newspaper reporter in the New York City region. The family requests that memorial be made to the National Wildlife Federation.

Joy Ann Wettstein Griffin, a dedicated environmentalist who spent her life fighting for the state&#8217;s lakes and wildlife, died Sept. 13 at her home in Fruitland Park, Fla. Memorial Services for Griffin, 75, will be Friday, Sept. 26, at 3... View Obituary & Service Information

The family of Joy Ann Wettstein Griffin created this Life Tributes page to make it easy to share your memories.