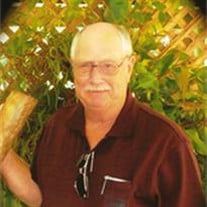 James A. (Jim) Kreeger, age 67, of Leesburg, FL, died Nov. 12, 2012, at Dr. P Phillips Hospital in Orlando, FL. He was born Feb. 2, 1945 in Quincy, IL. He married Charlene Smith July 16, 1966, in LaGrange, MO. They had two daughters, Natalie Kreeger of Rockmart, GA, and Leslie (Kreeger) York of Keller, TX. His daughters were his pride and joy, and he always called them “my heroes”. Jim was a Disabled Veteran having served in the US Navy Seabees in Vietnam, Adak Alaska, and other locations around the world. After his Navy career, Jim made his living in outside sales. He spent most of his married life in Gulfport, MS, where he enjoyed boating, salt water fishing, reading, cooking, motorsports, and spending time with his family. He moved to The Plantations at Leesburg in 2006. He was a member of the American Legion and Fraternal Order of Eagles.    In addition to his wife and daughters, he is survived by his son-in-law, Kevin York; one sister, Joyce Schreffler of Springfield, MO; two brothers, Dennis of Norton, OH, and Herbert of Florrisant, MO; and multiple nieces and nephews. He was preceded in death by his parents, James & Mary Lou Kreeger, and three brothers, Ralph Hollis, Glen Edward (Tom) Kreeger, and David Kreeger.  Services will be held Saturday, Nov 17th at Page-Theus Funeral Home in Leesburg. Visitation will be from 1:00-2:00 PM with services immediately following. A Celebration of Jim’s life will be held Sunday, Nov 18th, at 2:00 PM at Hermitage Hall at The Plantations at Leesburg. Contributions may be made to Johns Hopkins for the Dr. Joseph Herman Gift Fund, Office of Institutional Donor Relations, Johns Hopkins University (Radiation Oncology), 401 North Broadway, Wineberg 2242, Baltimore, MD 21231.All arrangements are under the careful direction of Page-Theus Funeral Home and Cremation Services.

The family of Jim Kreeger created this Life Tributes page to make it easy to share your memories.

Send flowers to the Kreeger family.