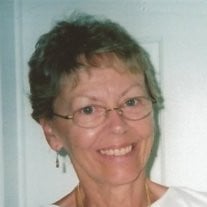 JEANINE'S STORY Jeanine was born in Belgium in 1944. Her parents lived above a small pub that they ran on evenings and weekends when they were not at their regular jobs of hairdressing and baking. After years of hard work their dream of coming to America would finally come true when a cousin of her mother's was able to sponsor them. So in 1954 they packed all of their possessions into one large steamer trunk and set sail for the USA. When Jeanine started school in the States neither she nor her parents spoke English, so she not only had to learn very quickly, but also brought home her lessons and helped to teach her parents. As with all children in Belgium, Jeanine started school at an early age and was accustom to writing with a fountain pen. She thought it was the oddest thing that they actually gave her a crayon to write with. The first time Rodney saw Jeanine was in Junior High. The town Rodney came from was very small so they sent 7th and 8th graders to Hampton. Jeanine and Rodney attended the regional high school and their pictures were next to each other in the 1963 yearbook. Jeanine got married right after high school and soon had her first daughter Brenda, and then later Darcy. Years later, after her divorce, she raised the girls as a single mom with much support from her parents who were always close by. Throughout all this time the families and friends from Belgium maintained a close knit community that would gather several times a year. It would seem as though the meals were a competition and became more elaborate with each dinner. Antipasto piled high, homemade sausage, and pastries that most people would only ever see in a bakery. Memories of Belgium were shared, stories told...along with some really bad jokes...and the laughter never ceased. Then the music would start, the furniture set aside, and the dancing ensued. The music was always her favored waltzes and love songs from the 40's and 50's, but being Belgian there were always several polkas thrown into the mix. Jeannine loved to dance. Meanwhile, Rodney was hard at work in the mid-west. He returned to New Hampshire in 1975. Rod had a terrible tooth ache and was seeking out a dentist when he got really lucky and found Jeanine working as the office receptionist. The tooth ache just seemed to disappear. Their first formal date was to attend their 15th high school reunion. They were married in the spring of 1979. Over the next couple of years, they built a passive solar home on a plot Rodney had been clearing for several years. This do it yourself project required, and at times tried Jeanine's patience. But for most of the 25 years that they lived in New Hampshire it was in their beautiful country home. As with many of life's projects, some fine details remained unfinished. The trim work ending at the kitchen, a door jam sill bearing it's studs, the pantry wall that never got painted. It was only when they decided they would sell and move to Florida that the house was finally finished. About time! During those years in her happy Hampton Falls home, Jeanine returned to her Catholic faith and participated in the RCIA program first as a student and them as a team member. After moving to Florida she became a member of St Paul's church, and joined the Council of Catholic Women as well as being a volunteer of the Ministry to the Sick. Jeanine was a knitter and would knit a baby blanket just about every month and donate them to various causes. Jeanine was a loving and caring wife, daughter and mother, as well as a kind friend to all who were blessed to have had her in our lives. She will be missed. LEESBURG FL - Surrounded by her family, Jeanine Vigneau died on December 10th at the Cornerstone Hospice House in The Villages, FL after a brief illness. Mrs. Vigneau was born on February 17, 1944 in Geraardsbergen, Belgium, the daughter of the late Gustaaf and Marie (Van Onacker) VanCauwenberge and came to this country in 1954. She grew up and lived in the Hampton, NH area and attended Winnacunnet High School, the Class of 1963. She and her husband retired to Florida in 2005 after living in Hampton Falls for 24 years. Jeanine was active in The Catholic Community of St Paul in Leesburg where she was a member of the Council of Catholic Women and the Ministry to the Sick. She is survived by her husband Rodney Vigneau, a daughter Darcy Taylor of Portsmouth NH, three grand children and two great grandchildren. She was predeceased by a daughter Brenda Stanley. There are no visiting hours. A Funeral Mass will be held at 8:30 AM on December 16th, at The Catholic Community of St Paul Church in Leesburg. Inurnment will be at West View Cemetery in Hampton Falls, NH at a later time. In lieu of flowers, memorial donations may be made to the Alzheimer's Association 378 Center Pointe Circle, Ste 1280, Altamonte Springs FL 32701.

JEANINE'S STORY Jeanine was born in Belgium in 1944. Her parents lived above a small pub that they ran on evenings and weekends when they were not at their regular jobs of hairdressing and baking. After years of hard work their dream... View Obituary & Service Information

The family of Jeanine Vigneau created this Life Tributes page to make it easy to share your memories.

Send flowers to the Vigneau family.