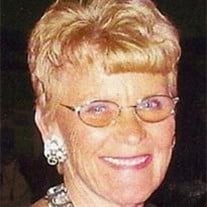 JANET LANG KENNAJanet Lang Kenna of Leesburg, FL., passed away on Thursday, December 17, 2009 at her home, attended by her loving family. She was 78, born in Detroit, MI on September 14, 1931, the daughter of Clara and Wilfred Lang, who preceded her. Her family relocated to Huntington, WV where she became a 1953 graduate of Marshall College and met and married her husband, Mark. Over the years they were residents of Philadelphia, PA, Elgin, IL and both Derry and Nashua, NHUpon relocation to Leesburg in 1994, Jan continued her life-long love of gardening and became an active participant with the St. Paul Ministry to the Sick and the Prison Ministry. She and her husband, Mark and their dog, Irish visited area nursing homes and libraries through the P.A.W.S. Therapy Dog Group. Jan was a founding member of the T.O.P.S. Chapter FL #661 at the Plantation, where she was a resident. Over the years, she served in many capacities with her T.O.P.S chapter, from President to Program Chairperson to performer. She was also a member of Red Hats.Jan is survived by her brother, Gary Lang, also of Leesburg and four loving children: Dezur Kenna of NY, Regina (Kenna) and husband Rick Merrill of NH, Mark Jr. and wife Michelle Kenna of RI, Rick and wife Rose Kenna of FL and six grand children, Aaron Kenna, Megan Merrill, Shawndra Kenna, Matthew Merrill, Joshua Kenna and Claire Kenna and Isabel, her first great granddaughter. Additionally she is remembered by many loving nieces and nephews.A mass will be held at St. Paul's Roman Catholic Church at a later date. Funeral accommodations are being provided by Page-Theus Funeral Home. In lieu of flowers, donations to Cornerstone Hospice Foundation, 2445 Lane Park Rd., Tavares, FL 32778 (www.cornerstonehospice.org) would be appreciated.

JANET LANG KENNAJanet Lang Kenna of Leesburg, FL., passed away on Thursday, December 17, 2009 at her home, attended by her loving family. She was 78, born in Detroit, MI on September 14, 1931, the daughter of Clara and Wilfred Lang, who preceded... View Obituary & Service Information

The family of Janet Lang Kenna created this Life Tributes page to make it easy to share your memories.

Send flowers to the Kenna family.