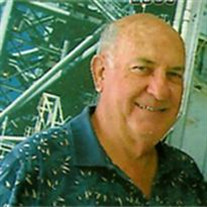 James E. Van Hook“Hooky” James E. Van Hook, age 76, passed away Wednesday, January 19, 2011 at his home in Leesburg, Florida. Jim was born in Montezuma, Indiana and was a long time resident of Lebanon. He moved to Lebanon after meeting, Rosalie Valerine, who he married in 1957.    Jim worked for 2 years at Commercial Filters.   He was then employed by Allison Division of General Motors as a Technical Publications Writer for 31 years.   During his tenure as Publications Writer, he helped design aircraft engines. Jim served in the United States Army from 1957-1959 and was again called to duty as an Army Engineer Advisor from 1961-1962.  Jim served his community well.   He was fondly known throughout town as “Hooky.” He enjoyed fishing and boating with close friends and family with many excursions to lakes in Indiana, Michigan, and Canada. Jim was a woodworker and affectionately known as “the go to guy” of the neighborhood. He was always willing to take on a project or lend a helping hand to others with theirs. Jim was active in the American Legion and was member of the Lebanon Elks Lodge #635 for 48 years. He served as Exalted Ruler from ……  Jim was a member of the Ulen Country Club where he was an avid golfer always ready for 9 or 18 holes whenever anyone called.   He continued his love of the sport when he moved to Florida in 1999.   Rosalie and Jim lived in Orlando before moving to the Plantations in Leesburg in 2004.   Jim immediately organized a men’s golf league as well as a couples group fondly known as “Nine and Dine.”  Jim was preceded in death by his son Michael Edward, parents Harry and Maude Van Hook, and sister Phyllis Uhler.    He is survived by Rosalie his loving wife of 54 years. Also surviving are brother and sisters: Norman Van Hook, Leesburg, Florida; Judy Massey, River Falls, Wisconsin; Kay Stewart, Port Charlotte, Florida; Mary Jackson and Nadine Halstead both of Lebanon, Indiana; Sue Randle, Cloverdale, Indiana; and many nieces and nephews.   Friends and family may share their thoughts and memories in the guestbook at www.pagetheusfuneralhome.comCelebration of Life Memorials will later be held in Leesburg and Lebanon with burial at Lincoln Memory Gardens Boone County Indiana.   In lieu of flowers, memorial contributions may be made to Cornerstone Hospice Foundation, 2445 Lane Park Road, Tavares, FL 32778  or the National Arthritis Foundation, P.O. Box 7669, Atlanta, GA 30357-0669

The family of James E. Van Hook created this Life Tributes page to make it easy to share your memories.