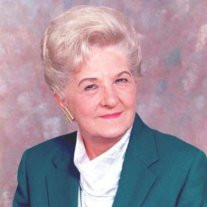 HELEN O’REILLY Helen Gertrude Keyes O’Reilly of Leesburg passed away Sunday, March 31, 2013. She was born in Boston on December 27, 1928, the youngest child of Frank and Marian Keyes. Helen attended schools in both Boston and Portland, Maine, graduating from Deering High School in Portland. In 1952, Helen married the love of her life, Leo O’Reilly and together they raised four children. After numerous moves during her husband’s career, they settled in Leesburg in 1975. Over the next twenty years, she worked in administrative positions at Sears, Mission Inn Golf & Country Club, Lake County Economic Development Council, Leesburg Chamber of Commerce, Cultural Arts Society of Leesburg and the Central Florida Lyric Opera. Helen was also a columnist for the Lake News and hosted a daily bingo show on local radio. This led her to organize her own company as an independent tour operator bringing Lake County residents to Seminole Bingo in Tampa. For years she volunteered at the church she attended, The Catholic Community of St. Paul in Leesburg, by helping to organize events and fundraisers. Helen’s joy of life was contagious. She lit up a room just by walking in and her greatest joy was to be surrounded by friends and family. Her smile and laugh will surely be missed. Helen was pre-deceased by her beloved husband Leo, her brother Paul (Miriam) Keyes of Westlake Village, CA, her brother Robert Keyes of Ventura, CA, and her parents. She is survived by her four children: Julie of Dacula, GA., Kathi of Leesburg, John of Orlando and Thomas of Davenport, FL. She is also survived by her brother Frank (Dale) of Chatham, MA, sister-in-law Doris Keyes of Ventura, CA., brother-in-law Paul (Linda) O’Reilly of Bakersfield, CA, several nieces and nephews, as well as the many friends of her children who became a special part of her family and all lovingly called her “Ma.” Visitation will be Wednesday, April 3 from 5:00 P.M. until 7:00PM. A Mass of Christian Burial will be held Thursday, April 4, 2013 at 8:30 A.M. at The Catholic Community of St. Paul. Interment will be at Hillcrest Memorial Gardens in Leesburg. Page Theus Funeral Home and Cremation Services of Leesburg has been entrusted with all arrangements.

HELEN O’REILLY Helen Gertrude Keyes O’Reilly of Leesburg passed away Sunday, March 31, 2013. She was born in Boston on December 27, 1928, the youngest child of Frank and Marian Keyes. Helen attended schools in both Boston and Portland, Maine,... View Obituary & Service Information

The family of Mrs. Helen G. O'Reilly created this Life Tributes page to make it easy to share your memories.

Send flowers to the O'Reilly family.