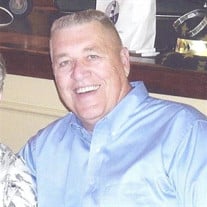 Glen J. Blecker, 76, Leesburg, Florida passed away on September 21, 2015 at his residence in Leesburg, Florida. Mr. Blecker was born on May 29, 1939 to his parents Kenneth and Lorraine Blecker. Mr. Blecker was a Fire Inspector for the State of Florida, Department of Corrections. He and his wife moved to Leesburg, Florida in 2000 from Rockford, Illinois. He was of the Christian faith and was a veteran of the U.S. Navy. He and his wife loved to play golf and travel to various golf courses together to play and enjoy the different courses. They were also involved in many local activities in their community. He is survived by sons: Brian (Beckie) Blecker of Thorp, WI, Brad (Donna) Blecker of Loves Park, IL, Tom (Annette) Rudeen of Rockford, IL and John (Renae) Rudeen of Rothschild, WI; daughters: Barbara Blecker of Loves Park, IL, Kim (Joel) Sharp of Davis, IL and Lori (Jed) Marohl of Green Bay, WI; brother: Don (Carol) Blecker of Rockton, IL; several grandchildren and many great-grandchildren. He was preceded in death by a brother, Ron Blecker. Services have been entrusted to Page-Theus Funeral Home, Leesburg, FL. On line condolences and memories may be shared by visiting www.pagetheusfuneralhome.com.

The family of Glen J. Blecker created this Life Tributes page to make it easy to share your memories.

Send flowers to the Blecker family.