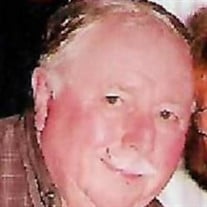 George Douglas Wikane, 87, Ocala (formerly of Leesburg), Florida went to be with the Lord on March 16th, 2022, Ocala, Florida. George was born on December 11, 1934 in Brooklyn, New York to his parents Rolf Wikane and Camilla Angell Wikane. George would go on to serve his country while in the United States' Navy. He and his loving wife, Ruth, moved to Leesburg in 1994 from Valley Stream, Long Island, New York and had recently moved to Ocala. He enjoyed golf, playing the lottery (you can't win it unless you're in it) and tinkering in his shop. He had worked as a supervisor at Con Ed. George is survived by his three sons: Erik Wikane of Key West, FL, Chris Wikane and his wife Angela of Bel Air, MD and Daniel Wikane of Puyallup, WA; a daughter: Kim Crump and her husband Joseph of Boody, IL, FL; ten grandchildren; six great-grandchildren and many many loving nieces and nephews. He was preceded in death by his wife, Ruth, his parents, and his beloved son, Andrew Wikane, Step-Brother Richard Wikane and Step Sister Carol Ann Wikane Slocum. Private Family Services will be held at a later date. The family has requested in lieu of flowers donations to be made to Morrison United Methodist Church in Leesburg, FL in George’s loving memory.

The family of George Douglas Wikane created this Life Tributes page to make it easy to share your memories.

Send flowers to the Wikane family.