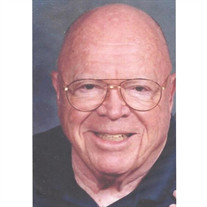 FREDERICK V. GIPSON, M.D. GIPSON, Frederick V. Frederick V. (“Freddy” or “Doc”) Gipson, age, 94, passed away on Thursday, October 1, 2015. He is survived by his wife of 46 years, Marge, his five children and their spouses, Gay Gipson (Sally Pearman) of Newhall, CA, Julie Hatcher (Andy Roth) of Chevy Chase, MD, Matty (Cathy) Gipson of Sugar Hill, GA, Michael (Laura) Hatcher of Hampstead, NC and Paul (Sherry) Gipson of White Pigeon, MI and his nine grandchildren, Warren, Goldie, Lindsey, Kiley, Taylor, Christopher, Benjamin, Kamryn and Kayley. Doc was born on October 27, 1920 in Cleveland, Ohio to Frederick E. and Mildred Gipson, and the family eventually settled in Toledo, OH. Doc graduated from DeVilbiss High School in 1939 and then from the University of Michigan in 1943, where he served as an athletic trainer for some of the great Wolverine teams of that era. After serving proudly in the United States Navy, stationed in Pearl Harbor during the final years of WW II, Doc graduated from Hahnemann Medical School in Philadelphia, PA. He then returned to Toledo, where he practiced family medicine for 50 years and was much beloved by patients, who he treated with caring and respect no matter what their financial or insurance circumstances. Doc was an avid golfer, who relished the challenge of the famous Inverness Country Club course, as well as an excellent sailor, who enjoyed captaining his beloved “Gypsy” on Lake Erie. In 1996, Doc retired and moved with Marge to Leesburg, FL, where he was blessed with many years of doing what he loved: playing the bass guitar in a Jazz Combo for various nursing homes around Central Florida, hosting children and grandchildren for visits and playing cards with his lovely Margie and their longtime friends. Doc will be remembered for his even keeled, positive outlook on life epitomized by his trademark “hey baby” greeting; he was known to chuckle even during hard times and his family credits his longevity to this trait.

The family of Frederick V. Gipson M.D. created this Life Tributes page to make it easy to share your memories.

Send flowers to the Gipson family.