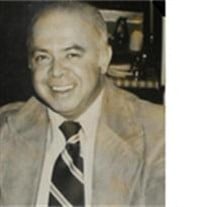 Franklin W. Policastro of Spring Lake, NJ and Leesburg, Florida died August 3, 2011 at the age of 84 after a battle with cancer. He was born in Asbury Park, NJ on September 28, 1926 to the late Joseph Policastro and Mary Ellen Willman Policastro.    He joined the Navy during World War II and was Honorably Discharged. He served on the USS Boxer aircraft carrier and was on the USS Missouri when General MacArthur received the surrender papers from the Emperor of Japan, ending World War II. He was extremely proud of his military service and for having the opportunity to serve his country.After the war, Frank graduated from Asbury Park High School, NJ, then worked for Canada Dry Beverages, retired from the US Post Office in Spring Lake, NJ and then retired a second time, this time from the New Jersey Casino Control Commission.He truly loved being around people and will be best remembered as always willing to help anyone at anytime. Frank was also a very dedicated and devoted family man. He married his High School sweetheart, Betty Ann Shibla in 1950. They were married for 60 wonderful years. They were blessed with two children, Douglas (Patricia) Policastro of Toms River, NJ and Gayle (William E.) Perkins of Leesburg, FL. and twin grandsons, Christopher Douglas and Stephen Drew Policastro.Frank was a 55 year member of Ocean Lodge #89 F&AM in Spring Lake Heights, NJ. He also belonged to all three York Rite Masonic bodies, Scottish Rite, Shrine, Plantation Masonic Club, Hi-12 and both the St. Andrews United Methodist Church in Spring Lake, NJ and the Morrison United Methodist Church in Leesburg, Fl.He was a Past Commander of American Legion Post #24 in Asbury Park, NJ, Past President of the Spring Lake Heights, NJ Parent Teachers Association and Past Chairman of the Spring Lake Heights, NJ Board of Adjustments.Frank was predeceased by his brother, George Willman of Devon, PA., a sister, Ann King of Asbury Park, NJ and a surviving brother, Joseph Policastro of Mason Neck, VA.    A Memorial Service will be held to honor his life in the fall. In lieu of flowers, donations may be made in his name to the Masonic Charity Foundation of New Jersey, attn: Development Office at 1113 Oxmead Road, Burlington, NJ 08016

Franklin W. Policastro of Spring Lake, NJ and Leesburg, Florida died August 3, 2011 at the age of 84 after a battle with cancer. He was born in Asbury Park, NJ on September 28, 1926 to the late Joseph Policastro and Mary Ellen Willman Policastro.... View Obituary & Service Information

The family of Franklin W. Policastro created this Life Tributes page to make it easy to share your memories.

Send flowers to the Policastro family.