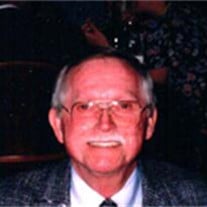 Frizzell, Floyd NelsonFloyd Nelson Frizzell was born in Lonaconing, MD February 29, 1928 and died August 2, 2012 in Leesburg.Mr. Frizzell, a graduate of Central High School in Lonaconing, entered the Military, after which he was employed by Armour & Co. and then the Central Intelligence Agency. Floyd was a special agent with the Security Division of the Agency serving in the Washington Field Office, The Chicago Field Office and the Miami Field Office. His responsibilities required visits to many of the countries in Europe, Africa, and Asia. Upon his formal retirement at age 60 he was awarded the Intelligence Commendation Medal. He continued to serve under contract until May 2011 ~ a career spanning over 58 years. He was a member of the Presbyterian Church and served as a Deacon while living in Edenton, North Carolina. Mr. Frizzell also held other positions within the church. His love of family was paramount. He thoroughly enjoyed family get-togethers while growing up and throughout his life. Floyd was on the basketball team in high school and also enjoyed bowling. He would often accompany his father on fishing trips near his home town. Floyd was an avid golfer, winning 3 out of the 4 golf awards presented in 2000 at the semi-annual Bad Ems Golf Tournament held in northern Virginia. He also enjoyed golfing with AGED in The Plantation where he resided. Floyd was one of 7 children born to Floyd Nelson Frizzell and Margaret Ann Eichhorn. He was pre-deceased by his sisters, Julia Frizzell and Eleanor Hanson and by his brother, Gus. Also pre-deceased by his nephews, Jim Hanson and Brian McGreevy. Beloved husband of Joan, cherished brother of Margaret Ann Metz (Vic) of CO, Dorothy Lee Hannon of FL, and Barbara Jean Hunt (Jim) of VA. Uncle to Bob (Bonnie) Hanson, MI; Jeri-Ann (Bill) Engleby, MI; Marsha (Dick) McKenzie, MD; Joseph (Anna) McGreevy, VA; Cindi McGreevy, VA; Randy McGreevy, NJ; Cris (Randy) Fazenbaker, VA; Barbara Hannon, FL; Lee Hannon, FL; Robin (David) Turner, FL; Meg Van Fleet (Perry), FL, and Bill Hannon, FL; and many, many great-nephews and nieces.A Memorial Service will be held 2 p.m. Saturday, August 25th, 2012 at Morrison United Methodist Church, 1005 W. Main Street, Leesburg, Florida. A celebration of his life will be held at 2 p.m. August 26th at The Hermitage in The Plantation. In lieu of flowers the family suggests a donation to the charity of your choice.

Frizzell, Floyd NelsonFloyd Nelson Frizzell was born in Lonaconing, MD February 29, 1928 and died August 2, 2012 in Leesburg.Mr. Frizzell, a graduate of Central High School in Lonaconing, entered the Military, after which he was employed by... View Obituary & Service Information

The family of Floyd Nelson Frizzell created this Life Tributes page to make it easy to share your memories.

Send flowers to the Frizzell family.