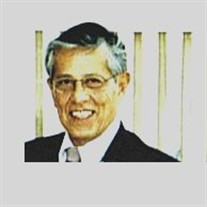 Edward E. Wheeler 91, passed away suddenly on Monday, May 12, 2014. He was born in Colon, Panama on December 5, 1922 and moved to Utica, NY in 1940 and graduated from Whitesboro High School Class of 1941. He served with the U. S. Marine Corp during WW II. Ed retired from the New York Telephone Company after 34 years of service. He was an avid fisherman and loved the outdoors. He was happiest when he was busy working on a project, and when he had the opportunity to help someone. He was known to those close to him as selfless often stopping whatever was going on in his life to go wherever and whenever he was needed. He will also be fondly remembered for his infectious sense of humor which was appreciated by all who knew him. Many years ago, Ed built his beloved “Camp” on Kayuta Lake in Remsen, NY and spent many memorable and enjoyable summers there with family and friends. In later years, Ed spent winters in Citrus Park, Bonita Springs, Florida where he made many wonderful and steadfast friends. And later and most recently in Corley Island, Leesburg, Florida He is survived by wife Lillian, daughters Jacqueline & Stanley Redfern of Glenwood Springs, CO; Judy & Russell Finegan Jr. and Granddaughter, Kelsey & Michael Del Medico, all of Clayville, NY; brother Robert & Carol Wheeler of Pottsdam, NY, Brother-in-law James Payne of Utica, NY; 4 step-children and several nieces and nephews. Ed was predeceased by his first wife, Joan Payne, and son Gregg Wheeler, his parents; sisters Estafania (Sis) Muller, Rhoda Ann Williams, brothers Melcolm and William Wheeler. Cremation has taken place according to Ed's wishes. Private memorial services for the family will be held in Utica, NY at a later date. On-line condolences may be left at www.pagetheus.com Memorials Contributions may be made to the Leader Dogs for the blind at Po Box 500 Rochester, Mi 48308-5000 or to donors personal choice.

The family of Edward "Ed" Wheeler created this Life Tributes page to make it easy to share your memories.

Send flowers to the Wheeler family.