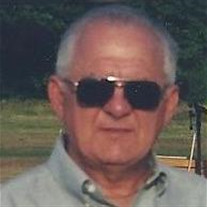 Edward John Cubanski Jr., 72 passed away on December 12, 2015. Edward was born on December 30, 1942 in Norwich, CT to his parents Edward and Helen Cubanski. He moved to Leesburg, FL in 2008 from Jewett City, CT. Edward was a Master Carpenter and Millwright for 34 years and a proud member of the Local 24 carpenter union of New London, CT. He was a play set designer, an avid card player, and a zealous fisherman and outsdoorsman. Edward was also a devoted New England sports fan and enjoyed watching the UConn Women’s Basketball team. Those who had the honor of knowing Edward would describe him as a dynamic man who was always the center of attention with his great hats and his crazy socks. He was a sharp dressed story teller with a great sense of humor who lived everyday as if it were his last. In 1975, Edward was part of a group that established the Norwich Town, CT Boy Scout Troop 4. Edward John Cubanski Jr. was a loving Father, Grandfather, brother, and friend who will be deeply missed by many. He is predeceased by his Brothers: Henry and Paul Cubanski. He is survived by his Sweetheart for life of 8 years: Adeline Danielson, of Leesburg, FL; Sons: Edward (Shirley Cagle) Cubanski, of Saratoga Springs, NY and Brian (Jamie) Cubanski, of Norwich, CT; Sisters: Betty (Skip) Sirpenski, of Thompson, CT, and Barbara Cubanski, of Montville, CT; Grandchildren: Zoe, Lily, Emily and Greyson; and Lifelong fishing and hunting confidante Dick Zictorac, of Norwich, CT. Services have been entrusted to Page-Theus Funeral Home, Leesburg, FL. Edward’s family requests that in lieu of flowers, donations be made to J.N. Webster Scout Reservation, c/o John Haskell, 100 Lake Rd, Jewett City, CT 06351 with checks payable to “Connecticut River Council.” Please note in the check memo that the donation is in Memory of Edward J. Cubanski, Jr. There will be two separate celebrations of life for Edward. One will be on Saturday, January 2, 2016 at 3 pm at The Great Hall at the Royal Highlands Retirement Community in Leesburg, Florida. The second celebration of life will be at the Yantic Fire Department, in Yantic, Connecticut on Monday, January 18, 2016 at 5 pm. Please brings stories and photos to share for the remembrance of Edward. On line condolences and memories may be shared by visiting www.pagetheusfuneralhome.com.

Edward John Cubanski Jr., 72 passed away on December 12, 2015. Edward was born on December 30, 1942 in Norwich, CT to his parents Edward and Helen Cubanski. He moved to Leesburg, FL in 2008 from Jewett City, CT. Edward was a Master Carpenter... View Obituary & Service Information

The family of Edward John Cubanski, JR. created this Life Tributes page to make it easy to share your memories.

Send flowers to the Cubanski, family.