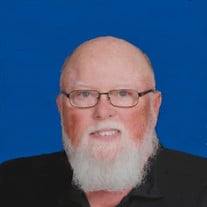 Curry Eugene “’ Gene “ Mulligan age 64 of Leesburg, FL. Passed away at his home Tuesday, December 13, 2016 with his loving family at his side. Gene was born August 23, 1952 to his late parents Edward and Dorothy Carter Mulligan in Jacksonville, FL: Gene was a 1971 graduate of Bladensburg High School, Maryland. He retired from the United States Naval Test Pilot School in Maryland. His main duty was as an Aircraft Quality Control Assurance Inspector for the Department of Defense. He was active in the Pennbrooke Pistlero’s Club, Comedy Club, and the Line Dancing Club. However, Gene’s passion was to play golf. Gene also served his Country and was a Vietnam Veteran in the US Navy. Gene was predeceased by his brother John Michael "Mike" Mulligan. His survivors include his wife Laura Bozoti Mulligan, sons, Scott M. Mulligan and his wife Valerie, of Dandridge, TN., Michael Agate of Leesburg, FL., Mitchell Agate and his wife Trish, of Mechanicsville, MD. One brother, William “Bruce” Mulligan and his wife Louise, of Street, MD., One sister Kandi Mulligan , of Columbia, SC , six grandchildren: Kimberly, Lauren, Garion , Katie, Jayson and Emma. There are also four great grandchildren, Delylah, Asa, Cash and Patrisha. Memorial services will be held at twelve noon, January 15, 2017 at the Pennbrooke Grand Hall. Memorial donations to be made to The American Heart Association in care of Gene Mulligan, P.O. Box 840692, Dallas, TX 75284. On line condolences may be made to wwwpagetheusfuneralhome.com Page Theus Funeral Home and Cremation Services, 914 West Main Street, Leesburg, FL. 34748

The family of Curry "Gene" Mulligan created this Life Tributes page to make it easy to share your memories.

Send flowers to the Mulligan family.