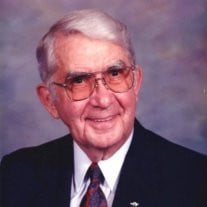 Clinton J. Bartley The “Greatest Generation” lost one of its very best Thursday morning, November 7, 2013 when Clinton J. Bartley age 95 passed away at The Villages Hospice House in The Villages, Florida. Clinton was born in Macomb, Illinois and moved to the Leesburg area 1984 from Aiken, South Carolina. He was a retired salesman who spent his career selling agricultural equipment. He retired from the Allis Chalmers where his work ethic, disposition, and character led him to be the company’s top sales person for eleven years in a row. After retiring to the Leesburg area he spent many years as an associate with Ace Hardware in Fruitland Park. His knowledge and mechanical abilities helped countless projects come to fruition during his years at the hardware store. He was a longtime and devoted member of the New Life Presbyterian Church in Fruitland Park. He was a WW II Army veteran who saw action in France, Italy, and Germany, and he was also a member of the Veteran’s of Foreign Wars, as well as a Mason and Shriner for over 62 years. Clinton will be remembered by those close to him for his keen mechanical abilities, bird houses, wind chimes, clocks and fine furniture all created by his hands; his adventurous spirit which led he and his wife Iola to acquire their pilots’ licenses and fly to a new adventure every weekend. He will also be remembered by neighbors and friends as a man who could fix anything, and by the countless neighborhood children who were impacted by his kindness and willingness to give his time and skills for their “important projects”. He is survived by his son – Michael (Kathleen) Bartley of Casco, Maine; a daughter – Vicki Bartley Riddle, of Raleigh, North Carolina; and 5 grand children – Rick Riddle, Christine Montgomery, Steven Riddle; Brendan Bartley and Ryan Bartley and 8 Great Grandchildren Grace Montgomery, Megan Riddle, Katie Riddle, Bode Bartley, Zander Bartley, Addison Bartley, Samuel Bartley and William Bartley. A memorial service with Masonic Rites and Military Honors is planned for 2:00 P. M. Tuesday – November 12, 2013 at Page-Theus Funeral Home and Cremation Services in Leesburg with Pastor Jim Keegan serving as Officiant. The family suggests that Memorial Contributions be made to: Cornerstone Hospice All arrangements are under the careful direction of Page Theus Funeral Home and Cremation Services Leesburg, Florida

The family of Mr. Clinton J. Bartley created this Life Tributes page to make it easy to share your memories.

Clinton J. Bartley
The “Greatest Generation” lost one of its...

Send flowers to the Bartley family.