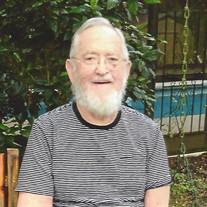 Byron Edgar Works age 82 passed away Wednesday, April 6, 2016 in Leesburg, Florida. Byron was born in Umatilla, Florida and raised in Okahumpka and spent his entire adult life in Leesburg, Florida. He was a member of the Leesburg High School Class of 1950 and went on to become the manager of the Leesburg A & P Grocery Store. During the Korean Conflict Byron served in the U. S. Army as a Paratrooper with the 82nd Airborne. He served as a volunteer firefighter while managing the A & P and after serving in the Army he went on to become a fulltime Firefighter with the city of Leesburg’s Fire Department where he served for over 22 years. Byron was also a longtime member of the First Baptist Church in Leesburg where he was a member of the “Pathfinders Sunday School Class”. Those closest to him describe him as a special person, who was always dependable and trustworthy. He was a loyal friend whose life revolved around his family. He loved the outdoors and spent countless hours fishing on the Lake Harris Chain catching Bream and Speckled Perch. He was also a skillful hunter most of his life. Byron also took great pride in his yardwork and found the tedious weeding, raking, and edging relaxing and therapeutic. He consistently made time for the simple pleasures like relaxing in his swing with his wife of 61 years Lona sipping cool drinks and listening to the birds and his many wind chimes. He was pre-deceased by his parents – Billy and Willie Margaret Works; sisters – Betty Clemmons and Melba Wells; brother – Larry Works; and grandchildren Jeremy, Joey, and Heather Thompson. He leaves behind to cherish his memory his wife Lona; son – David Works of Leesburg; daughters – Barbara (Michael) Holloway of Tavares; Brenda (Rob) Zipperer of Leesburg; and Wendy (Loren) Kordonowy of Belfield, North Dakota; brother – James Gerald Works of Kentucky; 13 grandchildren and 4 great-grandchildren. The family will receive friends from 5:30-7:30 P. M. – Monday at the Page-Theus Funeral Home – Downtown, Leesburg, Florida. A funeral service celebrating Byron’s life will follow at 1:00 P. M. – Tuesday at the First Baptist Church of Leesburg with Rev. Gary Blanchard serving as Officiant. Interment with U. S. Army Honors will follow at Hillcrest Memorial Gardens, Leesburg. All arrangements are entrusted to Page-Theus Funeral Home and Cremation Services, Leesburg, Florida.

The family of Byron E. Works created this Life Tributes page to make it easy to share your memories.

Send flowers to the Works family.