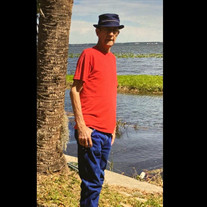 Benjamin “Ben” Robert Murray, Sr., 84, of Morgantown, WV passed away on October 22, 2021 surrounded by family at his home in Leesburg, FL. Ben was born in Morgantown to Ray James and Rosie Jane Dalton Murray on February 6, 1937. Ben grew up in Mountain Heights where he met his wife of 64 years, Gracie. They enjoyed a full and happy marriage building a large family. Ben and Gracie square danced with the Clinton Corners Square Dancing Club. Ben was known as a hard worker and enjoyed a long career working for the City of Morgantown for 13 years until becoming a coal miner with Consol Energy where he retired after 26 years. He was a member of the UMWA Local 1702. He enjoyed being a father and raised five sons. The family spent many summers camping, and hunting in the fall. Ben spent his retirement between Morgantown and Leesburg where he golfed, fished, volunteered calling bingo games as well as in other activities in the community. Ben is survived by his wife, Gracie Mae Matthews Murray, sons: Benjamin (Sheila) Murray, Jr., James (Terry) Murray, Michael (Donna) Murray, Randy (Pam) Murray, Kevin (Christy) Murray; siblings: Leona, Phillis, Ruby; ten grandchildren: Tina, Amber, Misty, Angel, Winter, Bobbie Jo, Randy, Jr., Melissa, Michael, and Kevin II; and fifteen great-grandchildren. He was preceded in death by his parents and siblings: Russell, Donald, Darlene, Laura; and a granddaughter Samantha. Following the deceased wishes, cremation services are being provided by Page-Theus Funeral Home: www.pagetheusfuneralhome.com. A celebration of life will be held at a later date at the Lake Griffin Mobile Home Park community building in Leesburg, FL.

The family of Benjamin Robert Murray Sr created this Life Tributes page to make it easy to share your memories.

Send comfort and support when it's needed most.